COLUMN: All eyes on Alex Trebek's replacement at Jeopardy! 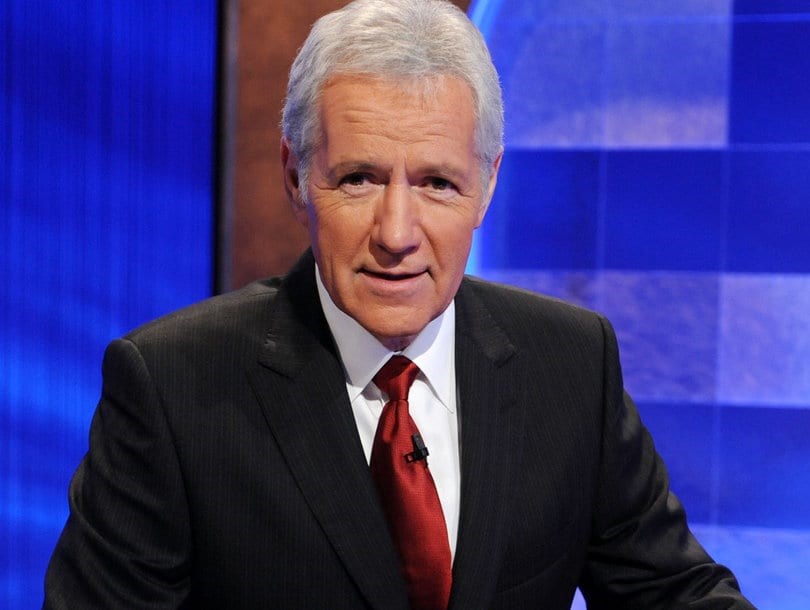 Former Jeopardy! host Alex Trebek is shown in a file photo. Born in Sudbury, Trebek died in November 2020 at the age of 80.

Jeopardy! is in the midst of a replacement host search.

Oops, let me put that in the form of a question.

“What iconic ABC game show is attempting the unthinkable?”

That’s pretty much an impossible task as that job has and always will belong to Alex Trebek, who passed away last year.

I was never a regular viewer because, to be honest, it always made me feel stupid.

Those contestants are formidable.

However, when CNN's Anderson Cooper took his turn behind the podium, I tuned in again as I think he is incredibly talented and, when not covering a natural disaster or war zone, is really funny.

When he guest hosts Live with Kelly and Ryan, he has me in stitches.

Not that he needs another job, though.

I think for most of these trial replacement folks, they aren’t really needing or wanting the gig, but it's such an honour to be asked to guest host and raise money for a favourite charity.

Anyway, I tuned in a couple of nights to watch Anderson in action.

Nothing had changed except maybe, along with my lack of intelligence, I was now also too slow to respond.

I realized right away I would need Prevagen.(I forget, is that the medication that assists memory?

'Childhood Stars' was the category.

Anderson: "This child actor from How I Met Your Mother also played young doctor Doogie Houser."

Me: “Oh, that guy… you know the one with the thing. Sings and dances, hosts awards shows. The guy who does magic tricks. You know who I mean.”

By the time I remembered it was Neil Patrick Harris, everyone else had moved on to Double Jeopardy.

I swear I didn’t even understand the clues.

Anderson: “The mythical founder of Byzas consulted the Oracle of the Delphi before establishing what is now known as this city.”

Apparently, the correct answer/question is: “What is Istanbul, Turkey?”

Some clues are so long and drawn out I can’t keep it all straight. I get it, that’s the point.

I was pretty good with the topics 'Annoying Words' and 'Legal Terms', which is proof my life as a professional nuisance and my non-stop trial watching is paying off.

Back to Anderson, who I thought was right on the money. That is a show where you could never phone it in. Nerves of steel are needed. It's so quick and with a lot of moving parts. You have to keep so many balls in the air at once. The pace is so fast and timed to the second. Making all of that look easy is his true talent.

I understand LeVar Burton (of Star Trek and Roots fame) really is campaigning for the gig permanently. He gets his chance soon.

Stay tuned for Robin Roberts and Dr. Sanjay Gupta and a few more as they get their chance on the famous set.

I think the audience has enjoyed seeing the different hosts in this different role.

Pretty hard to replace an icon.

I could never accept anyone other than Regis Philbin as host of Who Wants to Be a Millionaire.

Same with Bob Barker for Truth or Consequences, or Bob Eubanks on The Newlywed Game.

Maybe smarter to go with someone less famous?

Jeopardy! fans seemed to like Ken Jennings, the big winner from a few years ago. Who better to host than a game winner? He could certainly relate to the contestants' fears of a sticky buzzer.

For myself, just one thing and let me put this in the form of a question: “When does Jeopardy! for Dummies air?”