CTV alum Lloyd Robertson: 'LaFlamme held on to her integrity'

The Stratford native compared LaFlamme to Shakespeare's Cordelia from 'King Lear', noting she held on to her integrity, despite the circumstances

CTV alum and Stratford native Lloyd Robertson commented on the recent Lisa LaFlamme scandal in a Shakespeare-themed comparison to Cordelia, at a weekend discussion in Stratford Festival's Tom Patterson Theatre.

“She held to her own integrity, all through with the old man. From the beginning, saying, ‘My bond is our father-daughter relationship.’ Right to the end she was there for him.”

Cordelia was King Lear's favourite daughter in the tragedy of the same name. After being honest with her father and not professing her love for him -- as her other sisters deceitfully do -- she is banished for the majority of the play while her sisters divide his kingdom. After Cordelia's sisters finally reject him, she finally returns to care for him.

In a video posted to social media, LaFlamme said that she was 'blindsided' by the decision and kept from speaking about her firing as rumours circulated online over her longer-than-usual absence. She worked for CTV for 35 years, and, as many have pointed out, was only 58 when she was let go. Robertson was 77 when he retired from the position. 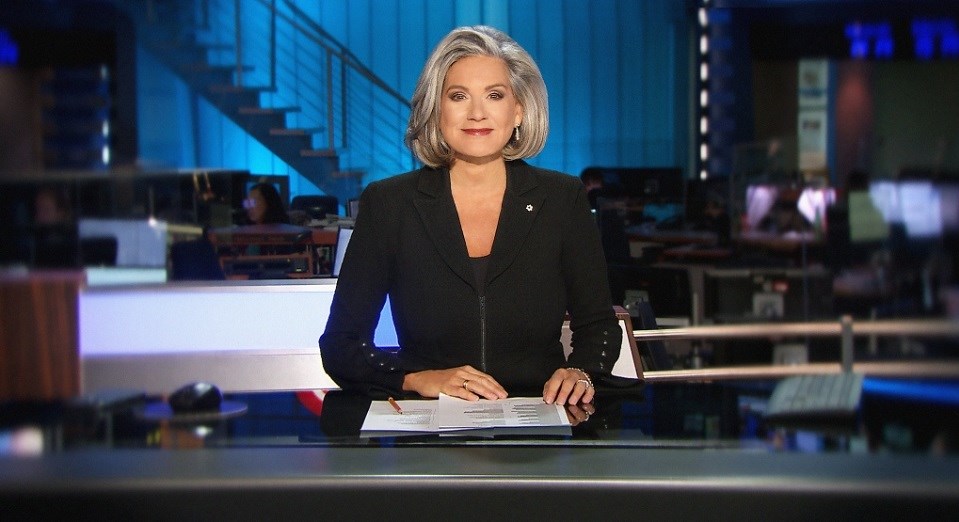 CTV cited ‘changing viewer habits’ and the desire to go in a new direction as reasons for the dismissal. Senior vice-president of content development and news at Bell Media Karine Moses said that LaFlamme was given the opportunity to do a 'proper send off' but LaFlamme opted not to.

Robertson later clarified his remarks and reiterated the point that other panellists like Dowdeswell and Rae said, that journalism is an important institution to democracy and not just like any other business.

“You don’t go laying off that person the way you laid off Lisa LaFlamme,” Robertson said. “These people are good human beings, communicating with the public in a real way, and being true to their own identities and their own integrity as they go along.”

About the Author: Connor Luczka

Connor comes to the Festival City as a reporter for StratfordToday. Originally from London, he is a graduate of Western University and Fanshawe College with experience in print, web, and broadcast journalism
Read more

How does the Orillia average car insurance rate compare to other cities in Ontario?

Crack Open a Can

Get Connected to the Village Media Network!

Leave the cooking to us and order your family a meal they’ve been craving.