Friends in Music unites local ensembles for a good cause

Proceeds from the show will go to support Salvation Army missions in Mozambique and Malawi
May 12, 2019 8:30 PM By: OrilliaMatters Staff 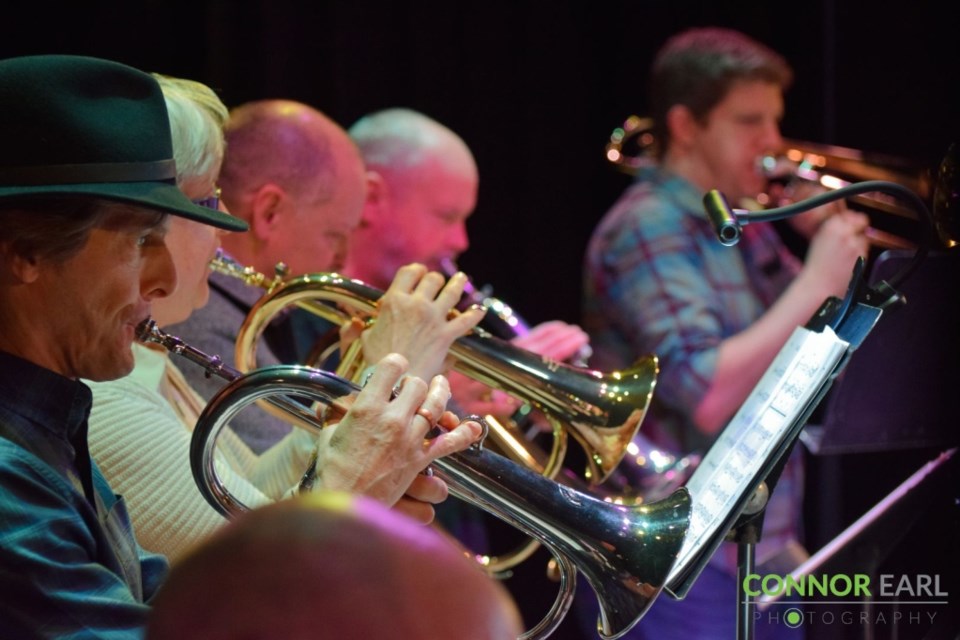 The Brassworks are shown during a recent performance. They will be among the featured performers at an upcoming benefit concert. Connor Earl photo

NEWS RELEASE
ORILLIA SILVER BAND
******************
On Thursday, May 16, audiences will be treated to a concert fittingly titled Friends in Music, as it is a collaboration between the Orillia Silver Band, Brassworks, and the Orillia Salvation Army Band.

There will be a wide variety of music on the program. The Silver Band will open the concert with a few highlights from their spring repertoire, including Kevin Houben’s Lake of the Moon and the Beach Boys’ God Only Knows. Brassworks will follow with a set of jazz arrangements, culminating with Riverdance.

At intermission, there will be entertainment in the lounge featuring Brassworks’ pianist Danny McErlain.

The second half of the program will open with the Salvation Army Band followed by several combined numbers featuring musicians from each of the bands.

Brian Mathias (of Lisle fame) will perform the beautiful vocal solo His Eye Is On the Sparrow.

The concert will culminate with the massed performance of Robert Redhead’s Fanfare of Praise with Col. Redhead himself on the podium.

With three local Orillia ensembles performing together in a single evening, this concert is not one to be missed.

Even better, all proceeds from the show will go to support Salvation Army missions in Mozambique and Malawi. The funding is necessary to keep the infrastructure in place so that communities can focus on specific needs and concerns, such as education, health, clean water, income generation or human-trafficking issues.

The concert will take place on Thursday, May 16 at 7:30 p.m. at the Salvation Army Church on Coldwater Road. Admission is by freewill donation.