Lauer gets support from council to tackle littering problem

Littering represents 'a complete disregard for the pride in our community and, quite frankly, the environment and some of our ecosystem,' says mayor
Jul 20, 2020 12:30 PM By: Dave Dawson 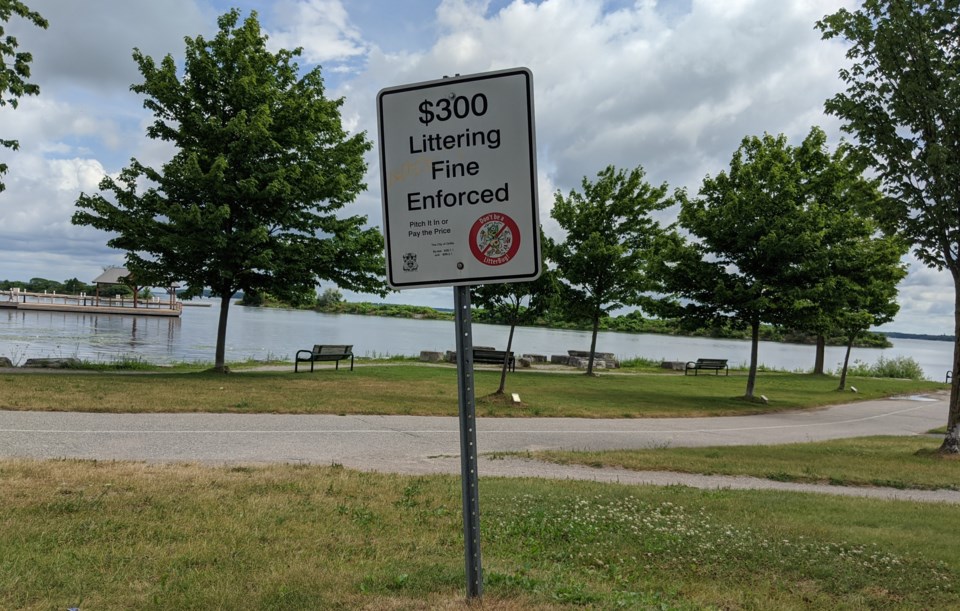 While there are signs like these all over Orillia, littering is a problem, says Coun. Tim Lauer. He received support from his council colleagues to have staff prepare a report about tackling the problem. Dave Dawson/OrilliaMatters

Amid the pandemic, another plague has surfaced in Orillia, says a city councillor.

That plague is litter.

Tim Lauer and his wife have been “pandemic walking” to help combat isolation. Lauer says they have walked on every single street in the city - and some outside the municipal boundaries.

He said it’s been an eye-opener.

He believes fines for littering need to be examined, even though he conceded the current $300 fine is “pretty steep.”

He wants city staff to investigate the fines, with the hope that such a report would prompt council to have a “discussion about exactly what can be done about littering. There needs to be some sort of action.”

While Coun. Ted Emond agreed, he said Lauer’s request was too narrow.

“The fines are one issue but enforcement is, by far, the bigger issue,” said Emond, adding he’s “nervous at the narrowness and specificity of the inquiry.”

He said a “more wholesome discussion” was required that included the challenges around the economics of enforcement.

Coun. Mason Ainsworth said increasing fines wouldn’t fix the issue, but said he supports a report that would delve into how the city “can fix the issue (and) what we can do better.”

Orillia Mayor Steve Clarke, who joined Lauer on several weekends to clean up particularly bad areas, said he is “in full support of doing something” about littering.

“To me, it’s a representation of a complete disregard for the pride in our community and, quite frankly, the environment and some of our ecosystems,” said the mayor, who said he has witnessed the issue first-hand, while biking hundreds of kilometres this summer.

“It’s a blatant disregard for the consideration of the natural and person-made environment,” he said.

He said a report from staff should tackle enforcement and a “meaningful overall litter reduction strategy.”

Coun. Jay Fallis said he hoped the report would also delve into the possibility of having more garbage and recycling receptacles around town

In the end, a majority of councillors supported asking staff for a report about littering, enforcement challenges and options to combat the issue.

That report is expected to be presented to council this fall.