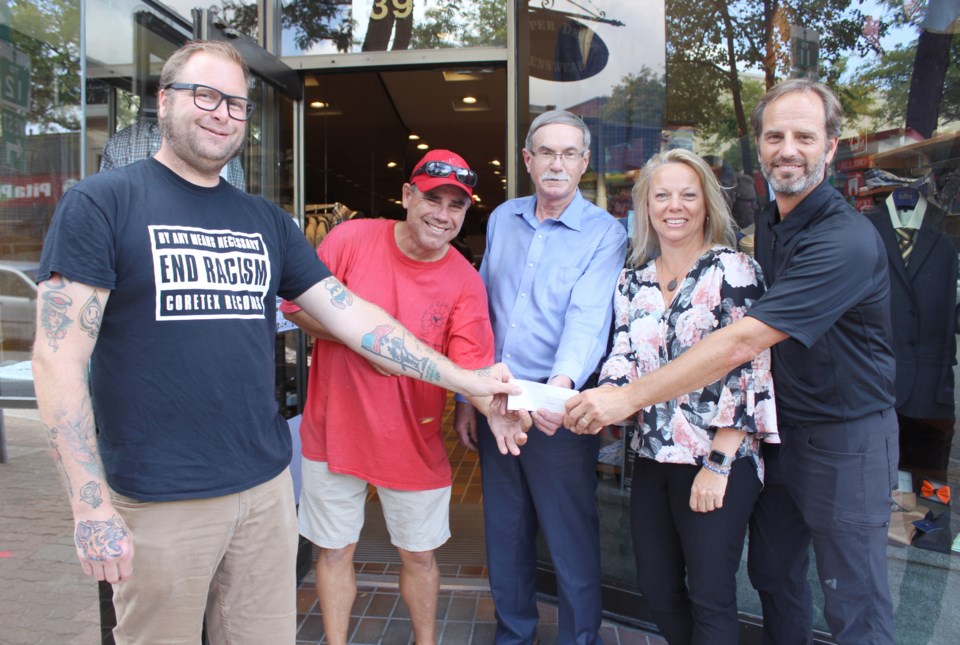 Marni and Steve Van Kessel know how important it is for musicians to have an opportunity to hone their skills.

The husband-and-wife team behind the band VK held a concert in June to celebrate the release of their new album, Terms and Conditions. The show was also a benefit for the Orillia Youth Centre.

The Van Kessels were at Dapper Depot in downtown Orillia on Tuesday to present youth centre director Kevin Gangloff with a $1,000 cheque. The money will go toward the Valis Sound Studio project, which aims to create a recording studio in the youth centre that would be free for teens to access. It is being done in honour of Nelson Bell, a 16-year-old aspiring rapper from Orillia who died in a car crash in July.

“It feels right that this is what it’s going to support,” said Marni Van Kessel.

She said the June concert was “a perfect example of Orillia coming together.”

“All of these people are so involved in the community,” said Gangloff.

Sports and other recreational activities are often seen as priorities in towns and cities. Those are needed, Gangloff said, but added, “We need to support arts and music.”

The Van Kessels are happy to do just that.

“It’s something I can see tremendous value in,” Steve Van Kessel said of the recording studio. “It’s amazing to see that they’ll have something that’s theirs. We’ll be amazed by the artistic results that come out of it.”

A GoFundMe page has been created to raise money for the studio.