'People are spending over 90 per cent of their time indoors ... actually interacting more with technology,' says researcher
Feb 19, 2019 10:45 AM By: Miriam King 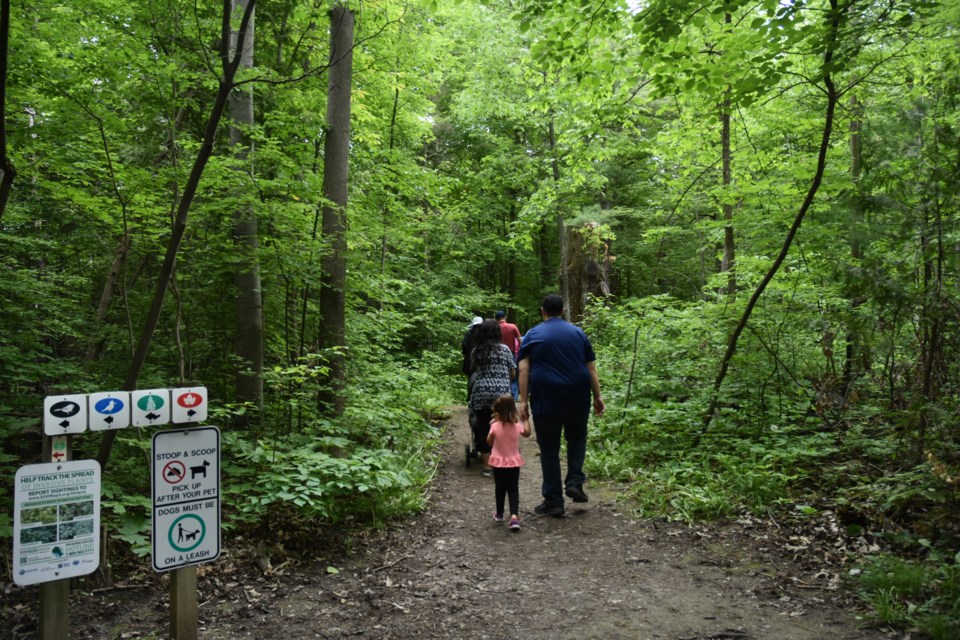 Getting out into nature can be good for your health, say researchers. Miriam King/Bradford Today

Imagine you are looking at a photo of a tree.

That could actually improve your mental health, according to Trent University master's student Danielle Lachance, who recently spoke at an annual Forestry Conference in Alliston.

Looking at images of nature and being in proximity to green spaces can improve mental health, Lachance said, “but the benefits appear to be heightened when people are immersed in nature.”

Researchers have found improved mood, life satisfaction and vitality in those who physically entered natural spaces, she said.

“Even short 15-minute walks can improve people’s mood,” Lachance said. “Even having a view of nature from the workplace can increase job satisfaction.”

Despite the evidence, people are spending less time in nature than ever before, Lachance said.

“People are spending over 90 per cent of their time indoors… actually interacting more with technology. Connecting with nature is good for us, but more people are getting disconnected,” she said.

The connection between a healthy environment and good health was just one of the topics explored at the annual Forestry Conference hosted by Forests Ontario earlier this month.

His patients are often members of vulnerable populations, with complex patterns of addiction, trauma and abuse. Sergeant first introduced trees as a therapy after he purchased a farm, as a hobby, and discovered the joys of planting trees.

It was a joy that is reflected in the medical research. Numerous studies have demonstrated health benefits from exposure to nature, for conditions that include depression, anxiety, ADHD, anger and conduct disorder – all of which have been experienced by his vulnerable patients, he said.

In fact, a 2008 study found an increase in serotonin levels (associated with feelings of wellbeing) while in nature, and concluded that “working out in a natural environment is more beneficial than working out in a gym.”

Sergeant said he began working with ReLeaf Hamilton, planting trees in the municipality, and launched programs that not only brought forests and trees to patients, by creating green spaces at hospitals and long-term care facilities, but programs to  “facilitate patients coming into nature.”

He took addicted and dependent shelter residents on tree-planting outings and found the response positive, to the point that he raised the question, “What is more beneficial to human health, a spade or a stethoscope?”