Man accused of murder chased and stabbed two men in their apartment: Crown

The judge and members of the defence and prosecution will tour murder scene on Friday
Jun 10, 2021 6:15 PM By: Marg. Bruineman 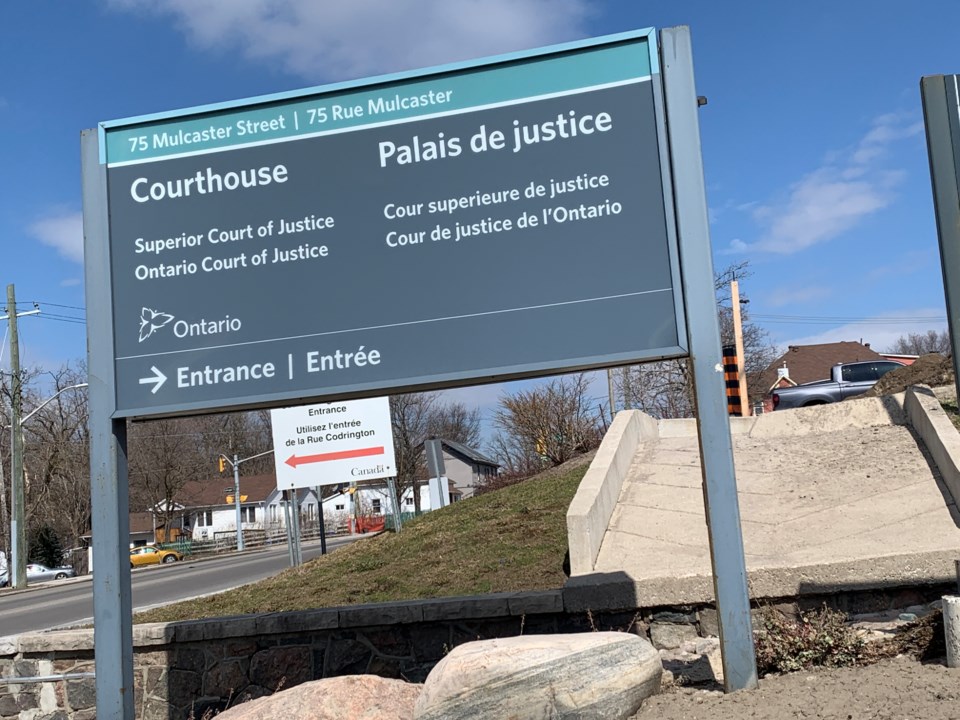 Dyrrin Daley’s testimony in his double murder trial appeared rehearsed and scripted, tailored to evidence presented to the court, the Crown lawyer charged in the second day of cross examination of the accused man Thursday.

And the prosecution proposed a theory of what happened early on Feb. 8, 2017 in an Allandale apartment that left a father and son dead, contradicting the story presented to the court by the 28-year-old accused man.

Daley is standing trial on charges of first- and second-degree murder in the 2017 killing of Nickolas Pasowisty, 19, and James Pasowisty, 51. The father and son were found inside their second-floor apartment after police received two silent 911 calls early that February morning four years ago.

To Daley’s denials, Crown attorney Ray Williams said Daley’s account that he went to the Pasowisty apartment and knocked at the door to buy marijuana and was greeted by Nickolas during the middle of the night and then attacked by the two men was fabricated.

Williams suggested there’s an inconsistency between Daley’s claims of self defence and the 38 and 35 sharp force injuries that Nickolas and James suffered that subsequently led to their deaths.

“I suggest it paints a different picture than what you told us,” Williams said of the stab wounds.

Daley said the two unarmed men attacked him and at one point he was on the floor on his back. But the jacket the accused man wore that morning had no blood on the back, said Williams, suggesting that the Pasowistys' back wounds were inflicted as they tried to get away from Daley, who insisted he stabbed them when he was on the ground.

“He wasn’t on top of you,” said the prosecutor.

“Yes, he was,” the accused man responded quickly. “You weren’t there.”

To repeated protestations from Daley, Williams suggested Daley showed up unannounced and violently stabbed the older Pasowisty. The younger Pasowisty then appeared and was attacked, he said.

Williams posited that Daley then persisted in his chase and attack as Nickolas sought refuge in his bedroom, trying but failing to hold his door shut and then fleeing toward the balcony where he collapsed after being stabbed en route.

On Friday the defence lawyer, Crown attorneys and judge plan to separately tour through the upper duplex where the men were killed to get a sense of its logistics in context with the evidence that has been presented during the month-long trial.

Daley, who has been handcuffed and shackled during the trial, will also be given an opportunity to tour the duplex at a different time Friday.

“I am doing something in Mr. Daley’s trial that he’s not part of,” Justice Vanessa Christie said at the end of Thursday’s proceedings ahead of the tour, requesting that it be videotaped. “He would be entitled to see where I went.”