Owen McBride, The Travellers, Sharon and Bram recognized for contributions to folk music and festival
Jul 7, 2019 9:30 AM By: Nathan Taylor 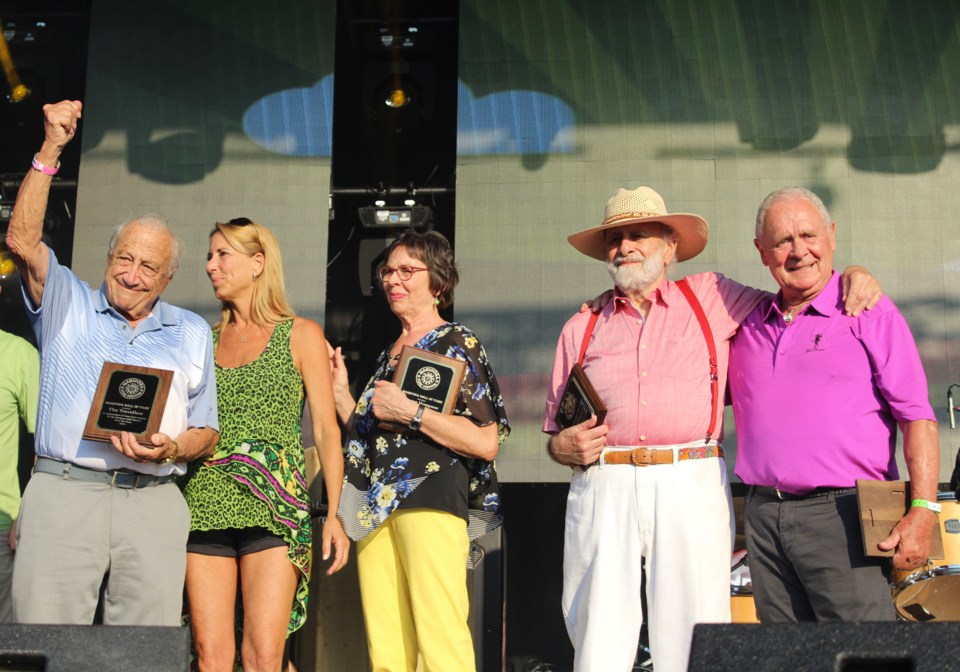 Three legendary musical acts were inducted into the Mariposa Folk Festival Hall of Fame on Saturday.

Owen McBride, The Travellers, and Sharon, Lois and Bram are the latest to receive the honour. It’s a way for the Orillia festival to show its respect, and it turns out the feeling is mutual.

“This is the most impressive time in my life,” McBride told the audience.

The Irish-born musician said Mariposa is where he got his start, and he thanked the board and volunteers for keeping the event going.

In a video that was played on the big screen Saturday, McBride said he was shocked when he received notice he would be inducted.

“You could have knocked me over with a feather,” he said.

From 1964 until the mid-’80s, McBride performed almost every year at the festival, and he returned a few times in more recent years.

The Travellers also have deep ties to Mariposa, having played at the first festival in 1961.

As a video was shown, with This Land is Your Land and Amazing Grace playing in the background, Jerry Gray, who sang and played banjo with The Travellers, appeared to be singing along on stage.

“At the first three Mariposas, we closed every concert and everyone sang with us, ‘This land was made for you and me,’” he recalled.

The Travellers wrote the Canadian version of Woody Guthrie’s This Land is Your Land.

Randi Hampson, daughter of Joe Hampson, who sang in The Travellers, accepted the honour on behalf of her father.

“I’m honoured that his music is continuing to be shared, so thank you,” she told the crowd.

Hampson’s mother, Sharon, of Sharon, Lois and Bram, was on hand with Bram for Saturday's induction ceremony.

“Lois would be over-the-moon thrilled,” Sharon said of her late bandmate.

She and Lois were driving forces behind Folk Play, the children’s area at Mariposa.

Bram was thankful for the recognition from the festival, saying the event “feels like home.”

“We wouldn’t be here without having learned from the generation that came before us,” he said. “We stand on the shoulders of giants.”

As sultry summer meets COVID, fatigue factor settles in
Jul 14, 2020 7:45 PM
Comments
We welcome your feedback and encourage you to share your thoughts. We ask that you be respectful of others and their points of view, refrain from personal attacks and stay on topic. To learn about our commenting policies and how we moderate, please read our Community Guidelines.