'Mine was always the first boat in the water in Lake Simcoe, as soon as the ice would thaw,' said long-time boating enthusiast
Jul 4, 2020 7:45 AM By: Jessica Owen 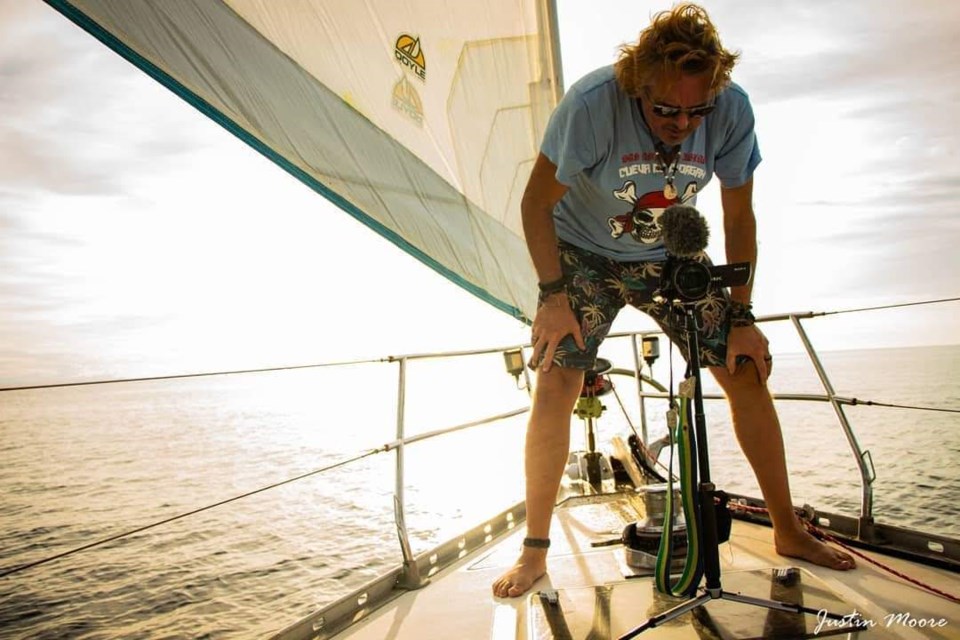 Warm temperatures, the salt of the sea and island living called out to Captain Rick Moore from a young age and about 15 years ago, he answered that call.

Moore, 53, has lived on his boat – The Sophisticated Lady – full-time since 2005. The former Barrie resident decided to leave his life behind to pursue his dream of living off the grid, supported by his large social media following and tourism work.

“I always loved it there. It’s a great summertime spot,” Moore said of his life in Barrie. “Mine was always the first boat in the water in Lake Simcoe, as soon as the ice would thaw.”

Moore was born in Kingston. His family moved around in his youth, settling in Barrie when he was in his early 20s due to its proximity to Lake Simcoe.

“By the time I reached 19 years old, I was already tired of winters,” Moore said. “I used to drive down to Florida every few months and spend a couple of weeks camping. I really loved it down there.”

Eventually, Moore bought a condominium in Florida and prepared to make the move south.

In 2005, Moore moved his life onto The Sophisticated Lady. He started out taking the boat from the Caribbean to Canada, but eventually decided to keep the boat in the south.

On board, he practises off-the-grid living where he gardens, powers the boat using solar-panel technology and even filters his own water from the ocean.

“I spent years, while I was working and living in Barrie, training for different things,” he said.

He has trained in alternative energy systems, videography and electronics, which has helped him in his work on converting the boat as well as his work making tourism videos and running a charter business to help pay the bills.

To support himself, Moore also has a YouTube channel that boasts 127,000 subscribers where he makes videos about his off-the-grid life, as well as asking for funding through Patreon. His tourism videos are currently on hold due to COVID-19.

“I’m making my living entirely through social media right now. We haven’t been able to do any commercial work for three months,” Moore said. “My audience has grown quite well over the last couple of months."

Moore had planned to travel through the Panama Canal and onto the Pacific Ocean back in March, however COVID-19 put a stop to his plans. Since March, he has been unable to leave Colombia.

“We’re much happier actually being stuck in Colombia, because we have a beautiful anchorage and a ton of sunshine,” Moore said with a laugh. “In Panama, it’s very cloudy and rainy this time of year. It makes sense to stay here since we get all our power from the sun.”

Moore’s family, who still live in the Barrie area, do make the trip down south to visit him from time to time.

“For them, it’s a getaway from winter up there,” he said.

LETTER: Province's back-to-school plan 'a complete disaster'
Aug 7, 2020 9:30 AM
Comments
We welcome your feedback and encourage you to share your thoughts. We ask that you be respectful of others and their points of view, refrain from personal attacks and stay on topic. To learn about our commenting policies and how we moderate, please read our Community Guidelines.