'For retired people like me who don’t have private insurance we will end up being denied the health care we need,' says local resident
May 13, 2021 1:30 PM By: Tyler Evans 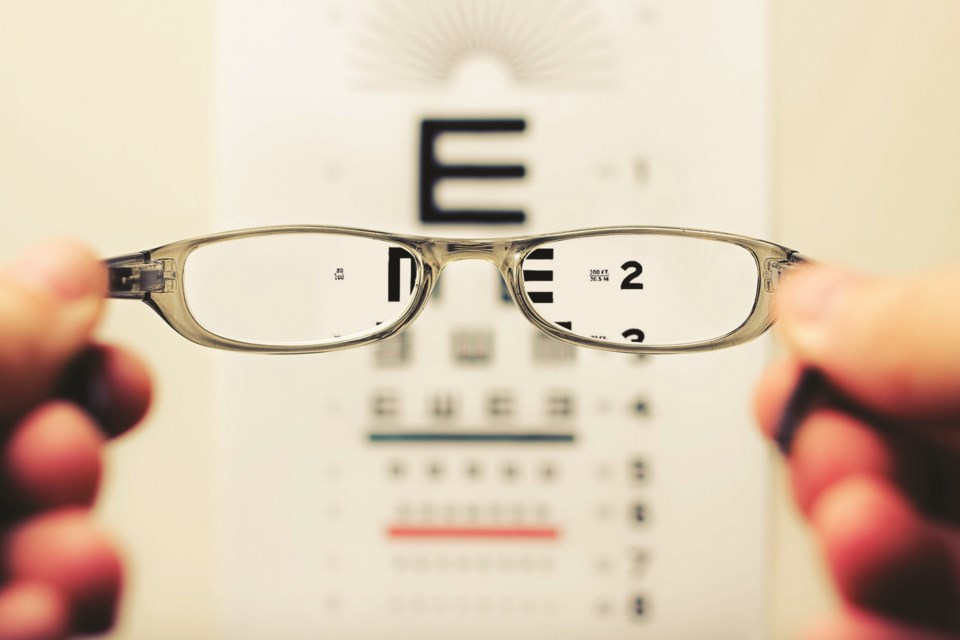 The Ontario Association of Optometrists won't be providing eye exams to patients starting on Sep. 1, unless the provincial government enters formal negotiations to increase the pay of OHIP covered eye exams. Photo by David Travis/Unsplash.

The Ontario Association of Optometrists (OAO) is threatening that optometrists could withhold their services beginning Sept. 1 if the provincial government doesn’t boost the pay of OHIP-covered eye exams.

Ramara resident Konrad Brenner says he is fearful for people in the community.

“For retired people like me who don’t have private insurance we will end up being denied the health care we need,” Brenner said.

The 87-year-old says without eye exams, local seniors could suffer from increased health risks and be put in danger.

“People won’t be able to get an eye examination and then it will be too late when there is damage to their eyes,” Brenner said.

“There will be seniors who keep driving when they shouldn’t and will get into accidents,” he warned.

OAO president Dr. Sheldon Salaba says the association has been trying to work out an agreement with the government for years but has not made much progress.

“The government has never formally negotiated OHIP insured eye exams with optometrists for the last 30 years. We’ve tried everything to get proposals to successive governments including this one; we’ve been trying to find a sustainable funding solution,” he said.

“When we provide an eye exam, we spend about half an hour doing that for the patient, and our operating costs to deliver those exams are over $80 now between staff salaries, utilities, leases on equipment, those types of things,” Salaba explained.

“All we are asking the government to do is to enter a formal negotiation process with us where they would commit to a back-and-forth dialogue to try and find a funding solution," Salaba said.

"We are also asking them to commit to at least delivering the costs of the service when we enter the negotiation process.”

Despite the OAO’s request, there has been no movement from the provincial government, he says.

In an emailed statement to OrilliaMatters, Simcoe North MPP Jill Dunlop says the provincial government is currently prioritizing putting a stop to the COVID-19 pandemic.

“Nothing is more important to our government than protecting the health and wellbeing of Ontarians," said Dunlop.

"We are focusing our work to respond to immediate challenges of COVID-19, as well as Ontario’s vaccination rollout, and ensuring Ontarians have access to the care they need during the pandemic,” she explained.

“We value the ongoing commitment from optometrists in Ontario to provide quality eye health and vision care for Ontarians.”

“The ministry of health has been engaged in discussions with the Ontario Association of Optometrists on the provision of OHIP insured optometry services, with a focus on evidence, best practices, and how to improve patient outcomes,” she said.

“These discussions contribute to the ongoing ministry business of continuous evaluation and improvement as we more effectively serve Ontarians.”

However, Salaba says optometrists feel like they have been put on the back burner.

“They’ve been quite silent on the issue. Some agents who have reached out to their local MPP are receiving a standardized response that they have increased funding over the past three years based on utilization, but that’s a deceptive explanation," Salaba said.

“What it means is as more baby boomers are becoming seniors over the age of 65 there is an increase in the demand for our services. So, while our funding envelope has increased because of demand, they still haven’t adjusted the amount we are paid for an eye exam, and the government is covering about 55 percent of the service cost and the optometrist is covering the other 45 percent, it’s not sustainable.”

Salaba says optometry has been the backbone of eye health care in the province. On an annual basis optometrists provide over 4 million eye exams to people insured by OHIP, but there is nothing, legislatively, that commits the government to negotiating with OAO, he lamented.

“When we dialogue with them it’s informal conversations, they are sporadic, and there have been no substantial increases to the funds that are paid to provide these services,” he said.

If Sept. 1 passes without any movement, patients who need eye care will be directed to an alternate care provider such as a physician, a nurse practitioner, an emergency room, or an ophthalmologist Salaba says, adding that will put increased stress on those services.

“We don’t want to have to do this to people, but the government is so stubborn about working with us reasonably, they’ve left us with no choice,” he said.

However, Dunlop says the provincial government expects optometrists to still perform this service past Sept. 1, even if negotiations haven’t progressed.

“We expect optometrists to continue to deliver the quality care that patients expect and deserve, as they always have,” she said.

“Our government relies on health regulatory colleges to govern their respective professions in the public interest and ensure its members provide health-care services in a professional, safe, and ethical manner," she said.

Salaba encourages patients who are alarmed by the situation to visit the OAO website which provides more information and a platform for people to connect with their local MPP and express their frustration with the government's inaction.

“The government needs to hear from the public that these services are important to them, and they need to demand that the government take these issues seriously,” Salaba said.

“We are talking about seniors with eye disease, children not being able to get their eyes examined so they can learn properly in school, and we are talking about adults who have medical conditions like Diabetes and glaucoma that are in desperate need of these services to make sure they maintain their vision and not lose it,” he said.