Orillia native's Boston Marathon dream on hold due to pandemic

Melissa Bunn qualified for April race that has been postponed until the fall; 'I am pretty disappointed, but ... this is a privileged problem to have'
0
Mar 29, 2020 6:45 PM By: Nathan Taylor 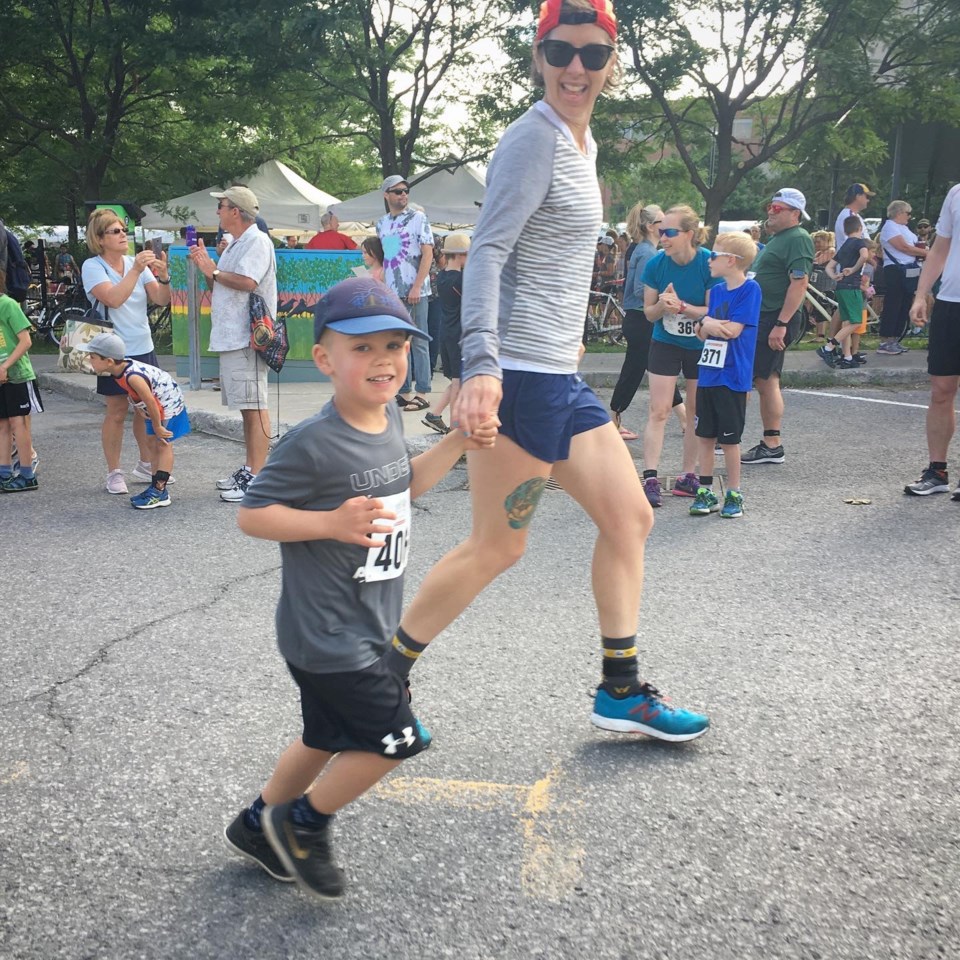 Orillia native Melissa Bunn is shown in 2019, running a one-kilometre race with her oldest son, William. She will take on the much longer Boston Marathon in September. Supplied photo

An Orillia native is going to have to wait longer than expected to run her first Boston Marathon.

Melissa Bunn, a graduate of Patrick Fogarty Catholic Secondary School, had been training for the 124th annual marathon, which was set to take place April 20, but the COVID-19 pandemic has led organizers to postpone the popular race until Sept. 14.

“I am pretty disappointed, but in the grand scheme of things, this is a privileged problem to have,” Bunn said.

“I had put in a lot of hard work from November to now, so lots of cold runs, and times that I was too tired to play with my kids like normal. I am reminding myself that nothing is guaranteed in a marathon. I could have done five more weeks training and twisted my ankle on the walk to the hotel," she said. "Boston will happen sometime, and I will have more experience under my belt.”

She described the delay as “a chance to reflect on the training I did and figure out how to do it better.”

“I said a few times in the last few months that I wouldn't train for a marathon again while my kids are so little. Sometimes I was just too tired to do what they wanted to do. This is a chance for me to figure out how I could have balanced this better — more sleep, mostly,” she said.

Bunn said she will also use the time to run more hills and work on her strength during the warmer months.

“A downside is that training through the summer is really hard, too, and racing early September will be hard,” she said. “Optimum marathon temperatures are probably around 10 C, but it will be hotter in September. I will need to focus more on hydration, and acclimatize to running in the heat.”

Bunn, 37, now lives in Ottawa, where she works as a research scientist for the Geological Survey of Canada. She has always been athletic — she spent 10 years racing bikes and was twice named provincial cyclo-cross champion — but running is a relatively new pursuit.

“I have to give credit to my dad, who got me into it. I was out of shape and Dad got me running,” she said.

She has run in the Toronto and Ottawa marathons, but there’s something different about the Boston event.

“The history of it is why I’ve always wanted to do it,” she said. “The fact that you have to run a certain speed to get in was also appealing to me.”

Bunn qualified for her age group by running the distance in a time of three hours, 27 minutes.

When she found out she had made the cut, she was “over the moon.”

With an extra four months to train for the big event, she will work toward her goal of finishing the 42-kilometre race in three hours, 15 minutes.

The wait, she said, will make her appreciate it even more when the time comes.

“Everything will be pretty uncertain for the next few weeks. So much is out of my control. I am just happy to have my health, my family and the ability to run,” she said. “When I do get to Boston, I will be so filled with gratitude for the opportunity.”