Time to 'get on with life,' say local residents thankful for vaccine

'It was important for me to get the vaccine for protection from the safety issue that we are facing right now,' says Orillia resident who was vaccinated on Wednesday
Apr 7, 2021 7:00 PM By: Tyler Evans 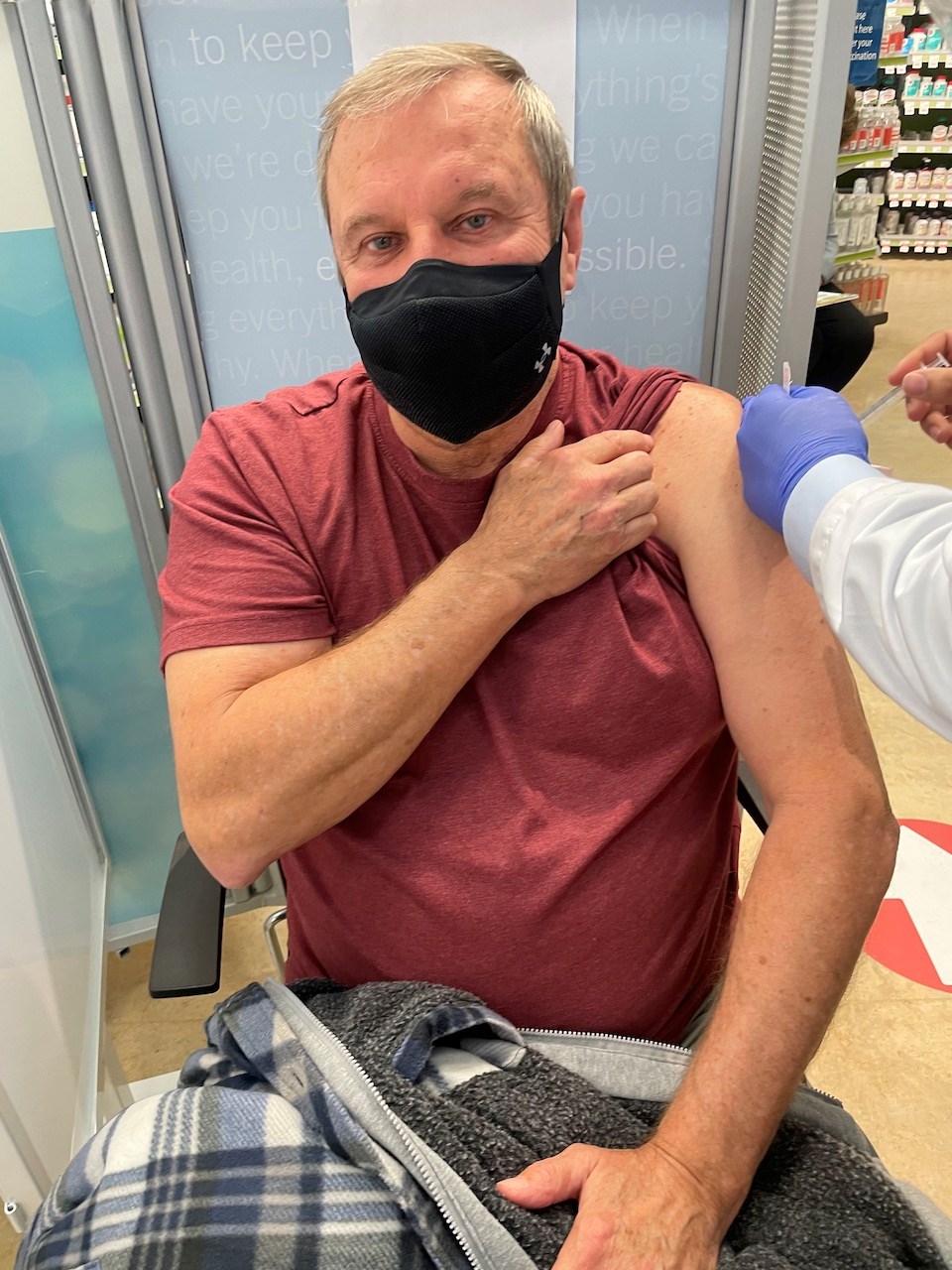 Orillia residents 55 plus years old have been able to get their AstraZeneca vaccine at local pharmacies since last Saturday, Apr. 3.

Shoppers Drug Mart at 149 Westmount Dr. N., and Drugstore at Zehrs at 289 Coldwater Rd., were selected by the provincial government as the local pharmacies that are offering vaccinations.

“It was important for me to get the vaccine for protection from the safety issue that we are facing right now. Hopefully, this will help get things cleared up,” he said.

Mink says the process of registering to receive the shot went relatively smoothly.

“It wasn’t too bad, I got an email online and I started the process from there which went fairly quickly.  About a week or a week and a half later I got confirmation,” he said.

When Mink arrived at Shoppers Drug Mart, he was able to follow signage and instructions in order to sign in.

“It was very easy to sign in and the staff was very friendly,” he said.

Sitting in the chair and receiving the AstraZeneca vaccine from a pharmacist was harmless Mink says.

“I actually never felt a thing which was surprising," he said.

"I get my flu shot every year and you feel that, but this time I didn’t even feel a prick,” he said.

Once he was officially vaccinated, Mink felt relieved.

Mink encourages other Orillia residents to receive their vaccine as soon as it becomes available to them.

“Wherever and whenever you can get it, get it, it’s important to get things going again,” he said.

Norm Mulligan, 74, received the Pfizer vaccine two weeks ago at Rotary Place. On Wednesday morning he was at the Zehrs location to sort out confusion about booking an appointment for his wife, a 65-year-old living with Parkinson’s and Crohn’s disease.

“I booked an appointment for her that was scheduled for today at 1:30, and this morning I checked it again and it said I needed to book again for Friday which was confusing…this is ridiculous,” he said.

Mulligan himself had a difficult time when trying to book his vaccine a few months ago.

“I got a phone call from the Simcoe Muskoka District Health Unit telling me I was eligible, so I went online to book the appointment and I couldn’t get through, so I called every day for two weeks, and when I finally got a reply I went and got my vaccine… but this whole thing has been terrible,” he said.

Mulligan was told by Zehrs pharmacy staff on Wednesday morning that they didn’t have any record of his wife's appointment, but they will honour his attempt to book the appointment and will take his wife in on Friday afternoon as a walk-in.

“Twice I’ve entered all the information in order to book an appointment and it’s just not taking it, so there is something wrong with their system,” he said.

Glenn Oldfield was also at the Zehrs pharmacy on Wednesday morning where he was directed to get his vaccine by the Health Canada website.

“I want to get on with life hopefully soon, that’s the big thing for me, that’s why I wanted to get vaccinated today,” Oldfield said.

Oldfield also experienced some computer glitches when trying to register to get his vaccine at the Zehrs pharmacy.

“It was fairly easy to register after they fixed some of the computer glitches and that stuff. As soon as I got through to somebody it was good,” he said.

The process of signing in and getting vaccinated at the pharmacy was quicker and easier than Oldfield expected.

“I was expecting a little bit of a line-up, I waited about 45 minutes and I expected it to be longer than that, so it was pretty good,” he said.

“The staff was friendly and very helpful, it was an overall good experience.”

Like Mink, who received his vaccine at Shoppers Drug Mart, Oldfield says the vaccine itself was painless.

“I just finished getting seven months of allergy shots a week and I felt them, this one I didn’t even know he had put it in,” he said.

Oldfield encourages other Orillia residents to get vaccinated as soon as it becomes available to them.

Pharmacists at both Orillia stores declined to comment for this story.