Orillia's Citizen of the Year tradition will persevere 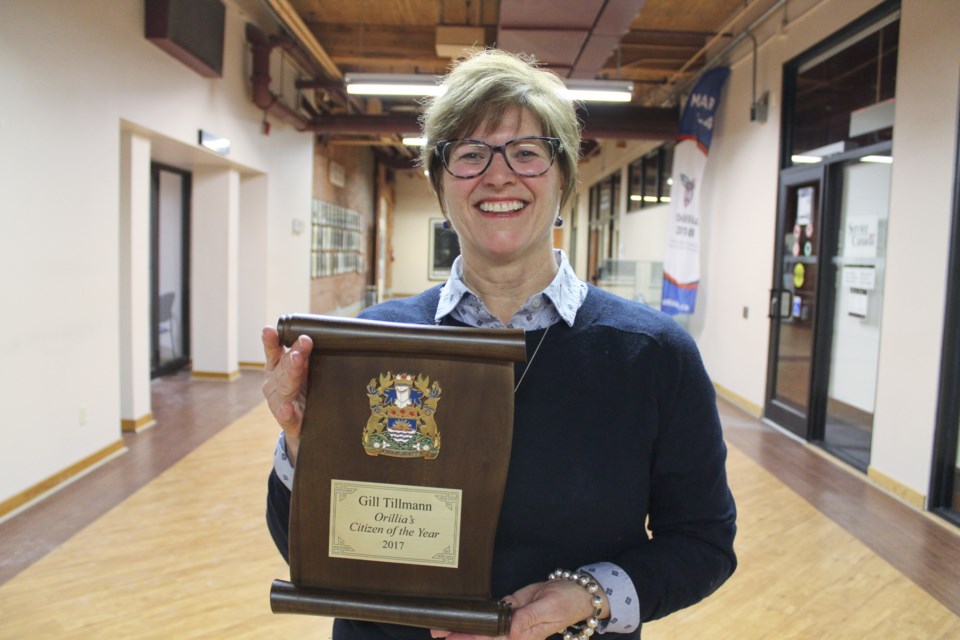 Gill Tillmann was named 2017 Orillia Citizen of the Year in February. City council has agreed to continue to oversee the process in the wake of the demise of The Packet & Times, which originated the honour. Nathan Taylor/OrilliaMatters

A long-standing community tradition is going to continue.

City council committee voted at Monday night’s meeting to be stewards of the Orillia Citizen of the Year award.

The Orillia Packet & Times, the 147-year-old daily newspaper that was suddenly and unexpectedly closed last November, had recognized local community champions with its coveted Citizen of the Year award for many decades.

When the paper was shuttered, many feared it heralded the demise of the award. But Orillia Mayor Steve Clarke and Coun. Ralph Cipolla helped resurrect the time-honoured tradition last December by getting city council’s support to continue the initiative.

In short order, they formed a committee of former journalists from The Packet and former winners of the coveted award. They met several times, agreed on the award criteria and put out a call for nominees.

“It was a great process this year,” said Clarke. “It’s one of those things that needs to continue to recognize the wonderful community involvement we have. It helps make Orilia Orillia.”

Unless or until another media outlet takes on the task, the Office of the Mayor will continue to oversee the process.

The selection panel is to include seven voting members who will scrutinize all nominations. The committee is to be comprised of four former Citizen of the Year recipients, two members of the local media (preferably from different media forms; digital, print, radio), one representative of a community-based organization such as the Chamber of Commerce, Community Development Corporation, Downtown Orillia Management Board or other local service club (Rotary, Kiwanis, Probus, etc.)

The mayor will participate to facilitate the process only and will not vote on the nominations.

According to the plan approved Monday night, nominees for the award must be residents of Orillia, Chippewas of Rama First Nation, or the townships of Oro-Medonte, Ramara or Severn, who have contributed to the betterment of Orillia. The following criteria will be considered:

In late November of each year, the Mayor’s Office will provide general information to the media and, with their co-operation, all pertinent information will be publicized respecting the award

Citizens will be invited to nominate local area citizens in writing.

Nominations will be received until a predetermined date in January after which all written submissions will be collated and reviewed by members of the Citizen of the Year Award selection panel.

The seven voting members of the selection panel will vote (if necessary) to determine the winner.

The Mayor’s Office will co-ordinate the preparation of certificates for all nominees and the purchase of the award in the form/style of trophy as provided by the selection panel in accordance with the allocated budget for that year.

The Mayor’s Office will coordinate and confirm the date of the regular council meeting, in January or February, at which the award will be announced and presented.

Decisions made at Monday's council committee meeting must be ratified at next week's city council meeting.