City has been working since 2012 to implement Downtown Tomorrow Plan’s long-term vision to better connect the downtown to its waterfront
Nov 14, 2018 11:45 AM By: OrilliaMatters Staff 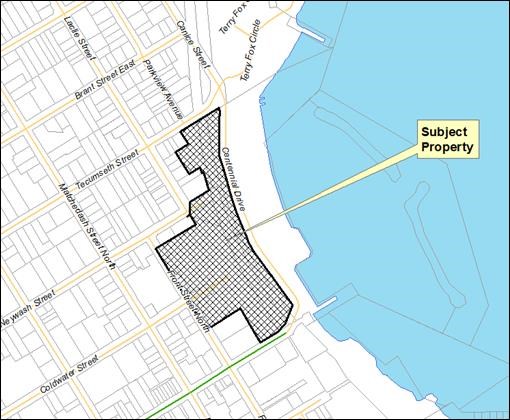 The City of Orillia is in the process of pre-designating and pre-zoning the 9.75 acres of City-owned waterfront lands at the Metro plaza and former rail lands beside Centennial Drive to allow for a range of residential and commercial uses. This is part of Council’s plan to redevelop the waterfront and improve the connections between the waterfront and the downtown as envisioned in Orillia’s Downtown Tomorrow Plan.

“Council continues to move ahead with its vision of redeveloping and improving the downtown waterfront area all while maintaining our beautiful waterfront parks and the unique character that is Orillia,” said Mayor Steve Clarke. “Orillia has a waterfront that is the envy of many and we want to provide the ability for private developers to better connect that asset with the downtown core.”

The City has been working since 2012 to implement the Downtown Tomorrow Plan’s long-term vision to better connect the City’s downtown to its waterfront. To help make this happen, the City bought the Metro Plaza in 2016 with the objective of extending Coldwater Street to connect to Centennial Drive, to facilitate development and extend the retail experience along the waterfront, and to construct a public square at the foot of Mississaga Street and Centennial Drive.

“The Waterfront Working Group has been actively working to put a plan in place that will pave the way for transformative redevelopment of the City’s waterfront that focuses on new public space and includes a mix of residential and commercial uses,” said Councillor Tim Lauer, Chair of the Waterfront Working Group, which was established in 2016 and includes four members of Council.

“The City is also working on documents related to the Request for Proposal (RFP) process, which will allow the City to solicit proposals from the development community that align with Council’s vision for the site,” said Laura Thompson, manager of real estate and commercial development. “It is anticipated the City will release the RFP in the spring of 2019.”

The public meeting on the proposed official plan policies and zoning by-law provisions for the waterfront redevelopment area will be held on Monday, Nov. 26 at 5:30 p.m. in the Council Chamber at the Orillia City Centre. Staff will be asking Council to approve the changes during the regular Council meeting on Nov. 26, 2018.

If you have questions about the proposed official plan and zoning by-law changes, please contact Jill Lewis, senior planner, at 705-329-7241 or jlewis@orillia.ca. For general questions about the City’s plans for this waterfront development, please contact Laura Thompson, manager of real estate and commercial development, at 705-325-5818 or visit here.

The Fitzgeralds set to hit the Opera House stage this weekend
Sep 29, 2020 5:45 PM
Comments
We welcome your feedback and encourage you to share your thoughts. We ask that you be respectful of others and their points of view, refrain from personal attacks and stay on topic. To learn about our commenting policies and how we moderate, please read our Community Guidelines.