'I want to set the example for other Indigenous girls ... and I want to inspire them to follow in my footsteps,' says Brooke McRoberts, who is up for coveted award
Apr 5, 2021 9:30 AM By: Tyler Evans 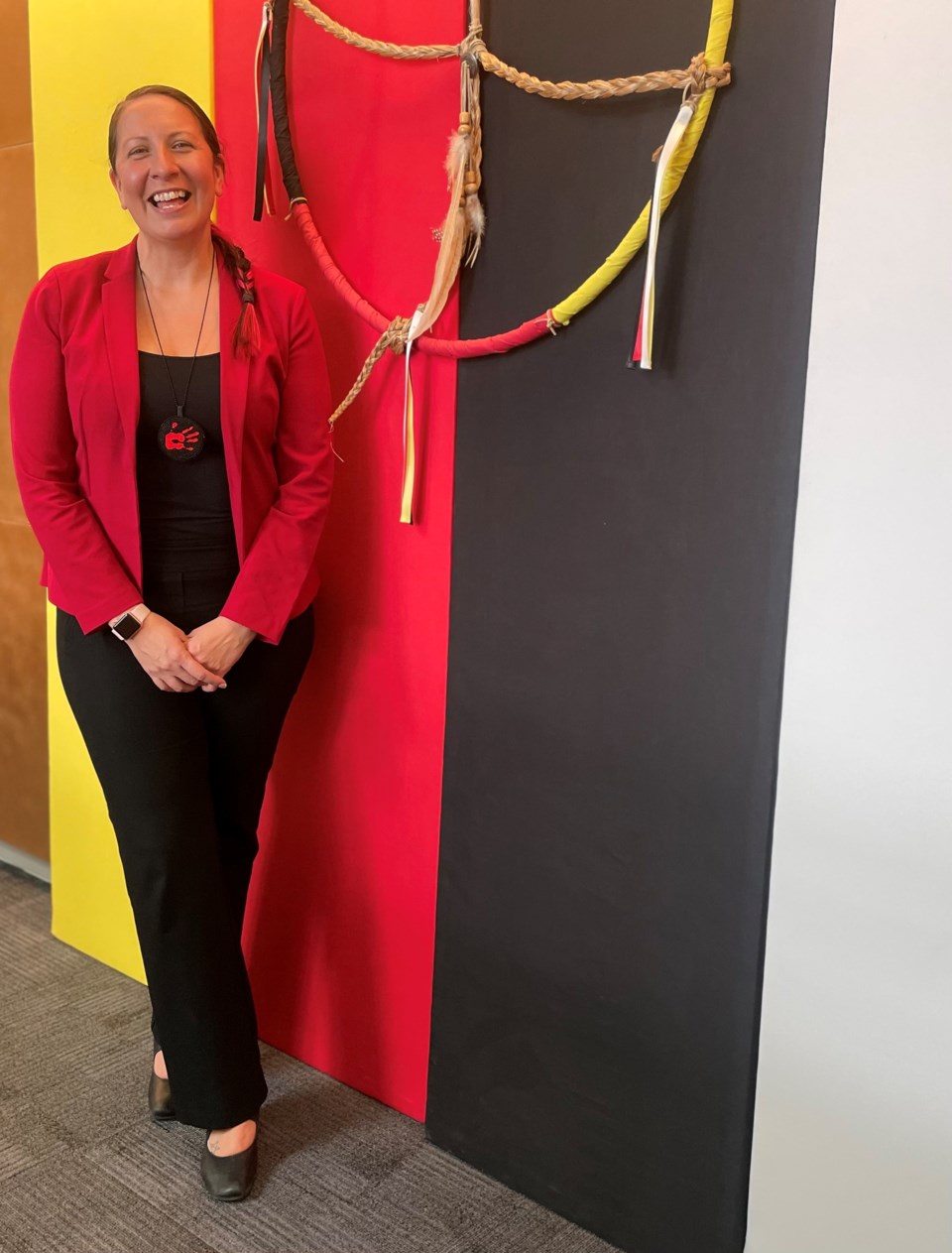 Orillia OPP Sgt. Brooke McRoberts is up for the Police Association of Ontario’s 2021 Police Services Hero of the Year award. Tyler Evans/OrilliaMatters.

Orillia OPP Sgt. Brooke McRoberts has been nominated for the Police Association of Ontario’s 2021 Police Services Hero of the Year award.

The 40-year-old Rama First Nation woman works in the OPP’s Indigenous Police Bureau and is responsible for the Indigenous awareness training course which all front-line OPP police officers are required to take.

The course builds an understanding of culture and diversity around First Nations, socioeconomic issues, and current events that impact Indigenous communities.

McRoberts was nominated for the award by an anonymous member of the community, which means the world to the Twin Lakes Secondary School graduate.

“Honestly, I can’t think of any greater honour than to have been recognized by somebody whose life has been positively impacted by something I’ve done. That, to me, is the award in itself,” she said.

“It’s the most humbling thing I can think of and I shed a couple of tears when I found out about it. It’s so meaningful to have that come from the people we serve.”

McRoberts says being nominated for the award is motivation for her to keep chasing her goal of providing awareness, creating a bridge of understanding of Indigenous culture, and finding a way to improve the relationship between police and Indigenous communities.

“I want to set the example for other Indigenous girls and kids, and I want to inspire them to follow in my footsteps because when I came onto the job I didn’t know any other female native officers,” she said.

“When I started with Rama Police as a front-line officer in 2005, I was the only female there for a long time, so I wish I had that connection and had that person to look up to and speak with.”

McRoberts says it’s important for her to inspire young Indigenous people so they can grow up with the goal of having their voices heard.

“The more of us who are involved in the work, the more our voices are heard, and that’s how change happens,” she said.

McRoberts has been working with the OPP’s Indigenous Police Bureau since 2015; she says it is nothing short of her dream job.

It’s work that I’ve always found to be important because I started my career as an officer in a First Nation's service, and I had built all these great small relationships with social services and in the school so I knew I wanted to be in that line of work going forward, but on a bigger scale,” she said.

“Coming here and being able to be involved in our fly-in northern communities, and to be involved with what officers are learning about, is always something that is really important to me. In all honesty, it’s the best job in the OPP," she said.

Despite McRoberts' love for the job, she will admit that it comes with many challenges.

“There are the tough days and challenges. Through working in some of our fly-in remote communities you realize how different the standards are even from a policing perspective,” she said.

“When dealing with a crisis you might not be able to get a search dog in a fly-in community. Even with running youth programs in fly-in communities we are really limited to what resources we can take into the community because we are flying on a small plane, so the logistics of things can be hard.”

However, McRoberts says the challenges and the difficult days are something she is grateful for as they serve as a reminder to how fortunate we are to live in this area.

“I think in the south sometimes we take for granted how many resources are right at our fingertips and are available to us ... that doesn’t exist in some of our communities in the North,” she said.

“Despite the challenges I love working with both First Nations officers and communities, as well as all community members and youth, it is so rewarding.”

McRoberts says she along with the team at the OPP’s Indigenous Police Bureau are all dedicated and passionate about the work they do, and they are motivated to further the impact they can make on the communities they serve.

McRoberts' supervisor, Loris Licharson, an Inspector with the OPP's Indigenous Policing Bureau, says McRoberts goes above and beyond to make the bureau’s work successful.

“Brooke is an incredible person, an incredible human being, and she brings an amazing passion to the work that we do here,” he said.

“Brooke is an exceptional officer, and we are so proud of her and everything she has achieved here with the OPP so far.”