New Highway 89 bridge and interchange improvements will be mostly constructed overnight, aiming to be complete by 2021
Jul 4, 2019 8:00 PM By: Jessica Owen 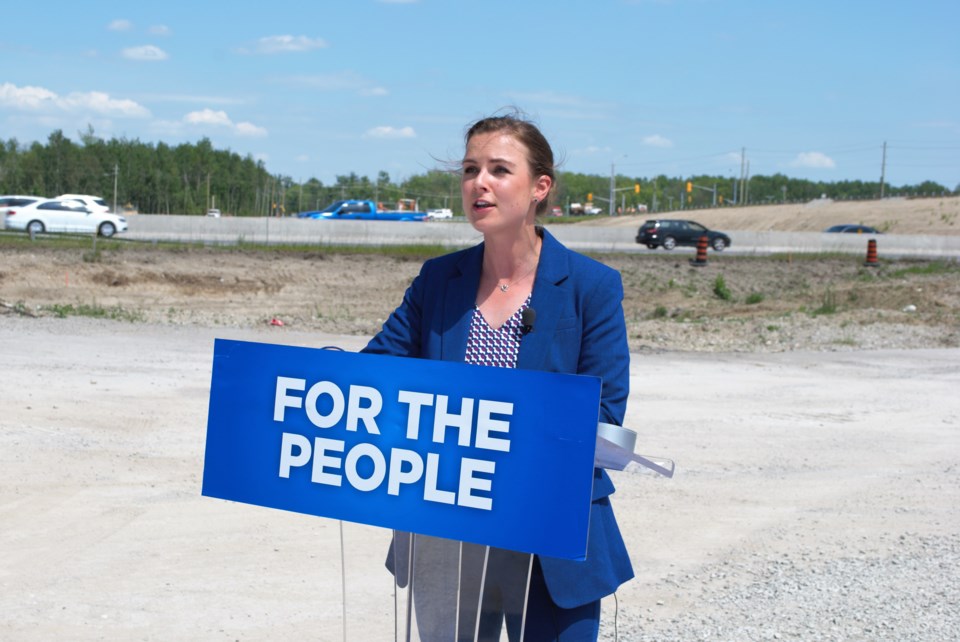 Barrie-Innisfil MPP Andrea Khanjin announced $37.3 million from the provincial government will go toward the construction of a new Highway 89 bridge and Highway 400 interchange improvements on Thursday. Jessica Owen/BarrieToday

Some relief is coming for Highway 400 commuters.

“On this highway alone, more than 17,000 vehicles cross the Highway 89 bridge per day, and 90,000 drivers rely on this stretch of Highway 400 everyday to get them where they need to go safely and on time,” said Khanjin.

“This bridge was built in 1950,” she said. “I believe it’s about time to get working on the building of a new bridge.”

Although pre-construction initially began in April, the announcement today fleshed out details of the project, which will include a new Highway 89 bridge over Highway 400, reconfigured and improved interchange ramps and a reconstructed carpool lot, moving the lot to the north-west side of the interchange.

Construction is expected to be completed by 2021.

“Let’s face it. We all value our time. So if there’s something we can do to make your commute a bit easier so you can spend more time with family, friends and get you to work on time, it’s a better lifestyle for you,” she said. “That’s what our government believes in – putting people first.”

According John MacKinnon, area manager of planning and design for the Ministry of Transportation, new bridges built across Ontario use new kinds of steel that prevents rust and new concrete mixtures are used that have a longer life.

Steven Clay, senior operations manager for Fermer Paving Ltd., said at the announcement that construction will be primarily occurring overnight over the next two years.

“We do that to try to minimize the amount of influence we have on traffic,” said Clay.

Clay says he has a word of advice for drivers who might pass by and see a flurry of activity over the next two years.

“Slow down,” he said. “We do our best to do everything as safely as possible for our workers and the travelling public that are coming through the job site.”

“The biggest thing we can ask the public for help with is to slow down through the job site as they’re coming through, and be aware of signage changes that might happen,” he added.

The new bridge will be able to accommodate future expansion of Highway 400 to 10 lanes, although Khanjin said at the announcement that the dates for the Highway 400 expansion aren’t yet set in stone.

“I’m making it a priority,” she said.