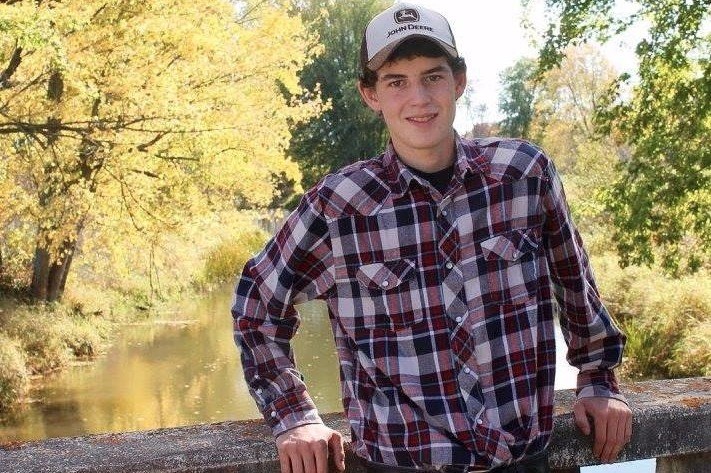 Lucas Dunlop, 19, was killed after he was struck by a vehicle in June of last year. Today, the OPP announced a 25-year-old Ramara man is facing charges related to the incident.

Dunlop, 19, was struck by a vehicle near Joyland Beach.

On June 17, 2018 at approximately 4:15 a.m., emergency services personnel, including officers from the City of Kawartha Lakes detachment of the Ontario Provincial Police, responded to a 911 call at a residence in Carden Township.

An investigation revealed that Dunlop had been struck by a vehicle earlier that night. He was initially transported to a residence where his condition deteriorated and emergency services were called.

He was pronounced deceased at the residence.

Following an investigation, Glenn White of Ramara Township, the driver of the vehicle that struck Dunlop, has been charged with "attempt obstruct justice and public mischief", contrary to the Criminal Code of Canada.

Const. Carrie Lanning said she could not divulge details about the charges, noting they are "investigative in nature."

When questioned about the length of the investigation, she cited the "convoluted situation" in which the victim was originally taken to a residence rather than calling emergency services personnel.

"It was a long investigation without a doubt," said Lanning. "Investigators wanted to be sure they did a thorough investigation and that they did their due dligence."

She said the lead detective indicated "strong witness information" led to the charges.

Dunlop, a second-year apprentice at Midas in Orillia, was well known in the community and an avid athlete.

Glenn White is scheduled to appear in the Ontario Court of Justice in Orillia on July 9.

116 new COVID cases confirmed in Ontario today
Jul 10, 2020 10:47 AM
Comments
We welcome your feedback and encourage you to share your thoughts. We ask that you be respectful of others and their points of view, refrain from personal attacks and stay on topic. To learn about our commenting policies and how we moderate, please read our Community Guidelines.