Coun. Ralph Cipolla wanted to wait until feds provided details of funding for municipalities
Mar 2, 2021 7:30 AM By: Nathan Taylor 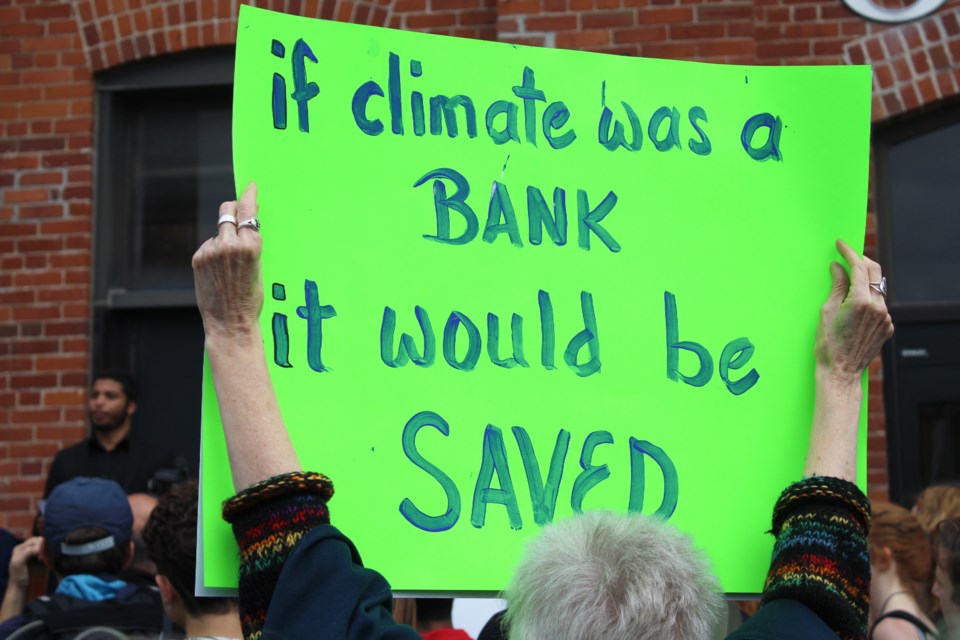 A demonstrator holds a sign during a climate strike in Orillia in 2019. Nathan Taylor/OrilliaMatters file photo

A city councillor made an unsuccessful bid Monday to quash a staff report regarding the creation of a climate change reserve.

During the council meeting, Coun. Ralph Cipolla reiterated his position from last week’s council committee meeting — that now is not the time to create a reserve to arm the city with money to tackle climate change on a local level.

“Climate change is important to us, but I think with this COVID-19, we have a staff that’s really busy and we can use all the money to help our citizens get over this …” he said.

Mayor Steve Clarke pointed out the report simply directed staff to look into the feasibility of creating the reserve.

“I don’t believe your question around funding is relevant to this particular decision,” he told Cipolla.

Coun. Mason Ainsworth noted creating a reserve doesn’t mean money has to be put into it; it’s just there if needed.

Cipolla said he spoke with someone at Queen’s Park who said upper levels of government will be making funding available for climate change action at the municipal level. He felt the city should wait for details about that funding before creating a reserve.

Coun. Ted Emond, however, said it should be the other way around.

Council approved the motion, with Cipolla being the only one to vote against it.