Annual art installation will feature sculptures from past decade; Event kicks off Saturday morning
0
May 10, 2018 10:00 AM By: Nathan Taylor 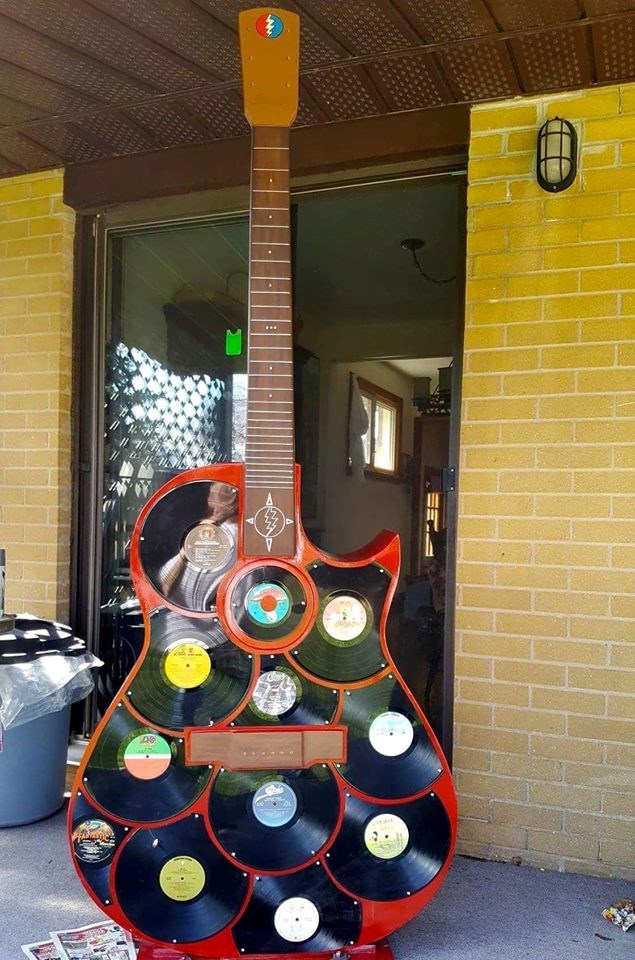 A new take on a classic: Ian McEwen's art is shown on this guitar, one of the sculptures that will be on display starting this Saturday during a retrospective of Streets Alive's 10 years of public art in Orillia. Submitted

It’s been a decade since Orillia’s Festival of Banners grew into what has become one of the most anticipated annual displays of art on the street.

Streets Alive began as an extension of the Festival of Banners, with a smaller focus on Peter Street. Since then, it has led to the creation of various sculptures, from guitars and doors to sailboats and maple leaves.

This year, organizers are celebrating all of those efforts with a retrospective.

“That is a celebration of the decade, of all that has been accomplished,” said Streets Alive founder Leslie Fournier.

Many of the sculptures from previous years will be on display on Mississaga Street, but it will also include 14 new pieces that were created using sculptures that were damaged or whose art has faded.

“It’s a nice mix of new people, new artists, new artwork, and celebrating artists who have been involved in the past,” Fournier said.

There will be 40 sculptures, and they’ll all be installed along the main street in time for Saturday’s kick-off.

Fournier said the community’s desire to see the new art every year has helped the project evolve.

“The community expects it. It’s ingrained in people’s idea of what’s happening in the summer,” she said. “It’s the sign of a successful program when it’s anticipated.”

Streets Alive isn’t only turning local heads. Fournier encounters people in other towns in Ontario who have heard about it.

“You can definitely tell that it’s made an impact beyond Orillia.”

This is the first year Streets Alive will be a retrospective. So, what’s next?

“There are ideas spinning in my brain. There’s no shortage of ideas,” Fournier said. “I just have to figure out where to go with it.”

She likes the idea of more sculptures, but won’t rule out looking at the possibility of expanding it to include murals or art in Orillia’s alleyways. That’s a discussion for another day for Fournier. For now, she is focused on getting the best of Streets Alive on display in time for Saturday.

Unlike in previous years, the street will not be closed down for the launch. It will take place in front of Mariposa Market at 11 a.m.

It’s Mother’s Day weekend, so Streets Alive will also have a planter, from the year Art Grows Here was the theme, in front of the Orillia Opera House, where Deb Halbot will be taking photos for free from 12:30 to 2 p.m.