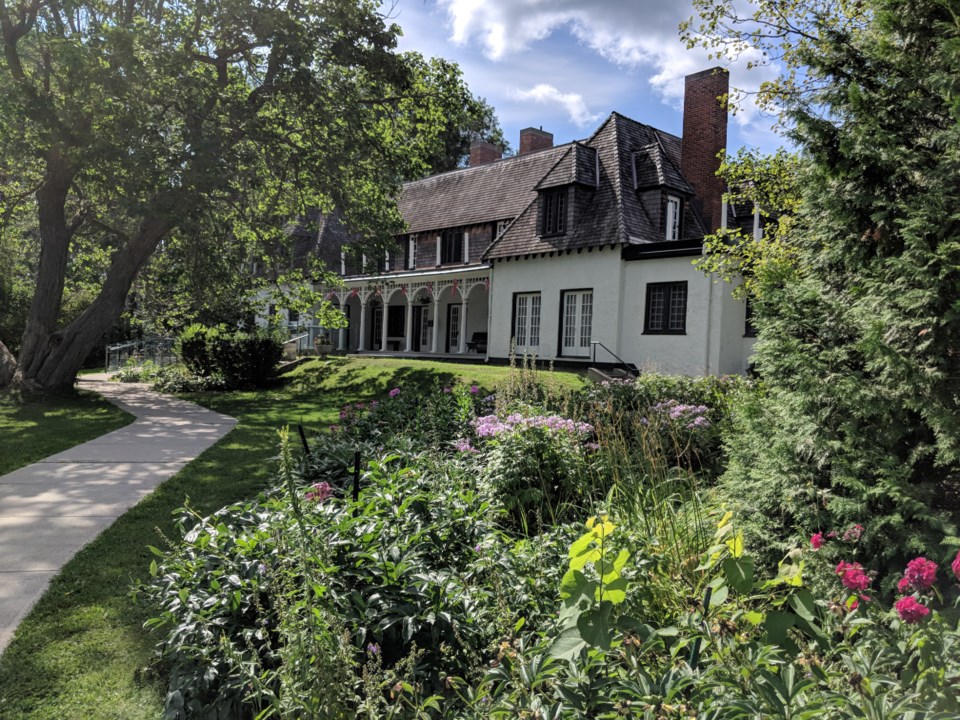 The Stephen Leacock Museum and National Historic Site attracts about 13,000 people each year. An investment in capital upgrades and staffing is needed to maximize the asset, consultants say. OrilliaMatters File Photo

The Stephen Leacock Museum is a “stunning and rare” asset that needs an investment of up to $3.5 million over the next 10 years to realize its potential.

That’s the conclusion of a lengthy masterplan exercise conducted by TCI Management, who presented a 255-page report to city councillors at its virtual meeting Monday.

All options were on the table - from selling the facility to the highest bidder to keeping the national historic site within the city’s culture department.

Ultimately, the recommendation is to keep it where it is.

“But this does not represent the status quo,” said John Linton, a partner at TCI. He said investments are needed in both capital and operations.

For example, the masterplan calls on the city to move the curator position at the museum from a contract position to a full-time position.

Another programming staffer should be added to augment the programming side; the consultants believe new and expanded program offerings could boost attendance at the site on the shore of Lake Couchiching.

But the consultants also raised a red flag of sorts. Since Stephen Leacock’s books are no longer required reading in Ontario schools, there is a “diminishing recognition” of the famed humourist - especially among millennials and younger people.

“His relevance is fading to some extent,” said Linton.

The consultants say it’s “an opportunity” to revisit its brand and they recommend calling the property “The Old Brewery Bay National Historic Site, home of the Stephen Leacock Museum.”

He said the idea would be to use the Leacock legacy as a springboard to celebrate the traditions of Leacock, who lived at the home and wrote in the boathouse.

One of the key recommendations is to improve the food service operation at the site, which, generally, has “a poor image.”

A basic food service/coffee operation is a “fairly essential element of the visitor experience ... to attract visitors and keep them on site,” said Linton.

City councillors ultimately agreed at Mondays’ council committee meeting. They accepted the report in principle and also agreed “to actively seek out a food services business to manage a cafe or restaurant on site.”

The decision has to be ratified at next Monday’s city council meeting.

The consultants recommend the city pursue a “branded operation” such as Williams or Timothy’s that would help attract people to the site.

There are myriad other recommendations - both short-term and long-term - in the report. Staff will be tasked with coming to annual budget deliberations with detailed plans to implement some or all of the ideas in the coming years.

The goal is to attract more people to the historic site. In the pre-COVID era, about 13,000 people attended the facility annually.

The consultants say the recommendations should increase attendance by at least 5% each year and, over time, should decrease operating costs - currently about $300,000 annually - by about 5% as well.

The report calls on the city to increase admission fees and raise the fee it charges to rent out its banquet hall to help “maximize” the asset.

They also suggest the city develop a 3,200-square foot pavilion that could be used year-round, to create a stage, to improve parking and lighting and build a ramp that would improve accessibility.

The consultants see a “major opportunity to pursue and develop more partnerships” in the coming years.

They suggest the city pursue “a significant opportunity” to partner with the Orillia Museum of Art and History and, potentially, develop  a memorandum of understanding between the two entities to “forge a closer relationship.”

Coun. Pat Hehn, a “strong supporter” of the Leacock site, said she was “greatly relieved” that the recommendation was not to sell the facility.

Coun. Tim Lauer said he was glad to see the consultants recognized the “importance of place” the museum has in the city.

He said he was “very supportive” of enhanced partnerships. He said the consultants’ idea of having events - such as a Symphony Under the Stars - is ideal for this “beautiful venue.”

Lauer said he would like to see the city connect Tudhope Park with the Leacock home through an extension of the Millennium Trail.

Ray Merkley, the city’s manager of community services, said there “are significant challenges” along the waterfront, but said they are bringing a plan to this year’s budget session to make enhancements to “highlight the Brewery Bay Lane trail” and improve signage and other elements that would help people walk between the two sites.

Mayor Steve Clarke said he didn’t “share all the enthusiasm” others expressed about the plan, noting he’s concerned there is barely “an incremental increase in vibrancy” expected over the years.

He also said he has concerns that a new pavilion would lead to more noise complaints from nearby residents. He asked the consultant if he could identify “an event centre with collapsible walls and four-season vibrancy in the middle of a residential neighbourhood.”

Linton referenced one such facility in Toronto in the middle of residential area.

Lauer said the success of a facility like the Leacock Home cannot be just about revenues.

“It’s important to remember we don’t run a facility in this city that makes money,” said Lauer, using arenas and the library as examples. “They all cost money. It’s important to contain costs and to do all you can to generate revenue” but if better programming and more events are offered, “that will take care of itself.”

The city paid $67,860 to the consultants to complete the masterplan.

Collingwood school confirms positive COVID case
Sep 28, 2020 7:24 AM
Comments
We welcome your feedback and encourage you to share your thoughts. We ask that you be respectful of others and their points of view, refrain from personal attacks and stay on topic. To learn about our commenting policies and how we moderate, please read our Community Guidelines.