After purchasing a gold bar in December, the buyer became suspicious and had the bar tested, which verified it was counterfeit
Jan 12, 2018 3:52 PM By: Village Media 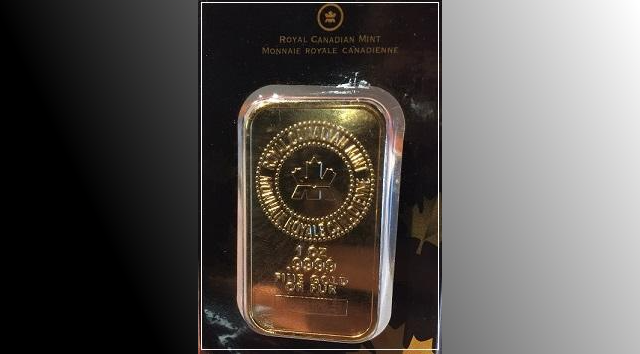 The accused had posted an ad on Orilliajiji selling a 1oz Royal Canadian Mint gold bar. The buyer purchased the gold bar for $1,200 assuming the packaged gold bar was genuine. The following day the buyer became suspicious of his purchase and had the bar tested, which verified the bar was counterfeit.

The victim attempted to contact the seller and upon no avail contacted police. Further investigation led police to identifying the accused, and on Thursday, Jan. 11, 2018, the accused was located at his residence on Dunlop Street and arrested.

The accused is scheduled to appear in a Barrie Court of Justice in February of 2018.

For further information on counterfeit gold bars and how to protect your investment click here.