Will a new operator mean big changes at Casino Rama? 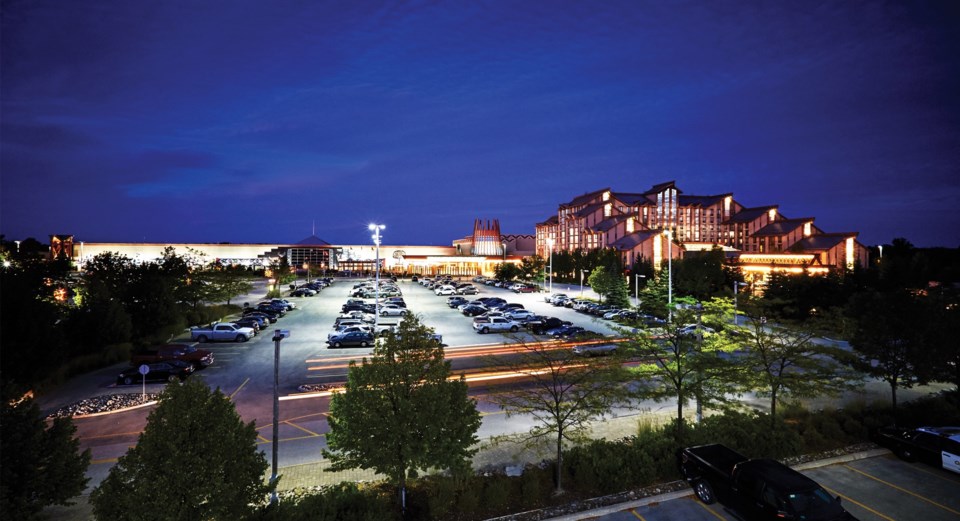 Only time will tell if a critical change at the helm of Casino Rama will come up aces – or not.

Last week, the Ontario Lottery and Gaming Corporation (OLG) announced it had selected Gateway Casinos & Entertainment Limited as the service provider for the Central Gaming Bundle, which includes Casino Rama and OLG Slots at Georgian Downs.

As part of the deal, Gateway will also have the opportunity to build a new gaming and entertainment facility in Wasaga Beach or Collingwood – a move that also could impact Rama.

When asked to address rumours about decreasing the amount of table games at Casino Rama or potential job losses, Tony Bitonti, OLG’s senior manager of media relations, said he could not speculate on what might or might not happen.

“It’s up to them,” he said of Gateway. “But any business decision they make has to be approved by us or we would express our concerns.”

He said nothing will happen for the next few months, noting a 120-day transition process is underway before Gateway will “get the keys” to Casino Rama. Bitonti also noted terms of the deal ensure jobs of all current employees are protected for a year.

Bitonti said having Gateway in control is good news. “It’s good that a Canadian gaming company is going to be running casinos in Ontario,” he told OrilliaMatters. “Penn National (who had been operating Casino Rama) was based out of Pennsylvania. They’re a big company, but they didn’t have any skin in the game.”

He said, typically, Gateway takes a year or so to evaluate the operation before making any major changes. “Right now, the focus is on the transition,” said Bitonti. “Gateway has been running the ‘Northern’ bundle and the ‘Southwestern Ontario’ bundle and they’ve been doing that for almost a year and they’re only now starting to reveal plans about what they are doing with those properties.”

Bitonti conceded Rama is a unique proposition. “It’s a big property with over 2,000 employees … they want to make sure they understand how the operation is running and make business decisions once that transition period is over.”

Whatever happens at an individual property like Rama, Bitonti believes getting the private sector to run Ontario’s gaming facilities makes sense.

“At Rama, for example, OLG leases the building from the First Nation – they own the property and the buildings; we own the contents inside: the slots, table games etc. and Penn National ran the facility on our behalf,” said Bitonti. “Gateway will take over, but the difference is Gateway will now hold the lease to the building … In the past, we footed the bill for renos, for example. Now, Gateway will bring in their own capital and government money will not be spent.”

That, he said, is vital for taxpayers to know. “We’re a crown agency, so profits go to the government,” he said. “If we are spending money on upgrades and renovations, we’re taking money away from the government and we don’t want to do that because the government really relies on this money for hospitals, education, amateur sports, etc.”

He noted all gaming revenue will “flow to OLG, just like it does today.” He admits it’s a complicated formula and provided the following details in an email about that issue.

This fee is intended to cover a portion of fixed costs required to operate the Gaming Bundle.

Gateway will also be responsible for the capital development costs for amenities in the bundle such as hotels, restaurants and attractions. Gateway will retain the revenue generated from non-gaming amenities. This is consistent with all Gaming Bundles in Ontario that have transitioned to service providers.”

The bottom line, he noted, is “the compensation model has been designed to ensure that OLG grows its revenue using investments from the private sector.”

While Gateway is responsible for the day-to-day operation, the OLG is still very involved, Bitonti said.

“We’re not getting out of the gaming business,” said Bitonti. “We’re going to have oversight over the facilities. On top of that, the policies we have in place; they have to maintain those policies,” he said referencing responsible gambling policies. “It’s not something that’s nice to do if they want … they must maintain those policies and we’ll check up on those and monitor that.”

Gateway will likely take over day-to-day operations this summer.

Gateway officials did not respond to a request for an interview.

Rama First Nation chief Rodney Noganosh also declined an interview, saying he did not have any further information than what has been provided by the OLG.