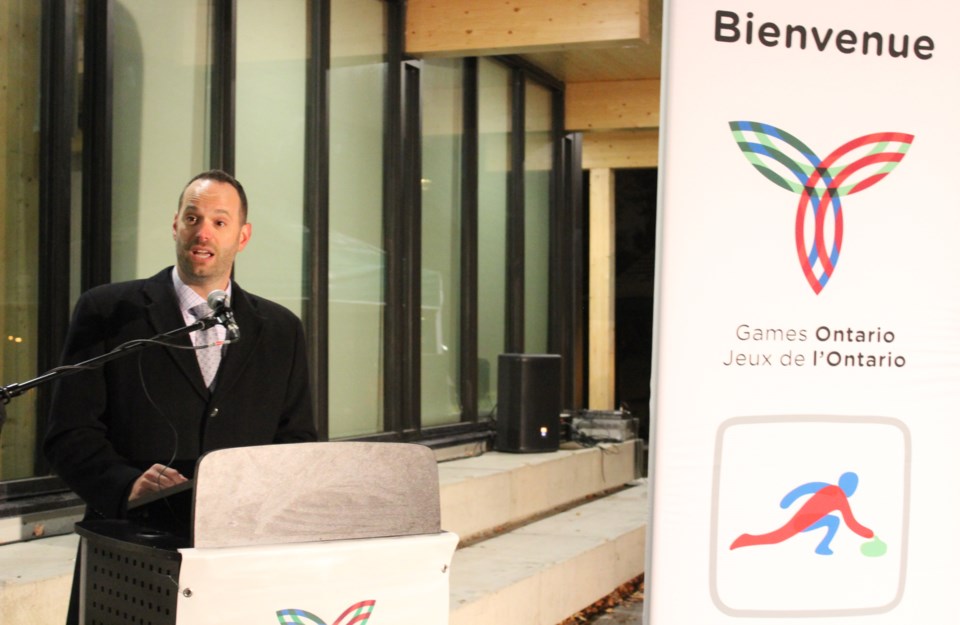 With the delayed opening of the Orillia Recreation Centre, three sports will be moved out of town for the upcoming Orillia 2020 Ontario Winter Games.

The city announced about a week ago the rec centre would not be open in time for the event, happening Feb. 27 to March 1, but the games organizing committee was prepared.

“We always knew this was a possibility. This is a big project with many moving parts,” said committee chair Jed Levene. “We’ve had a contingency plan in place for the rec centre since at least the summer.”

Artistic swimming, kickboxing, and wushu were to take place at the rec centre. Artistic swimming will be moved to the Bracebridge Sportsplex, while it's expected the kickboxers will compete at Eastview Secondary School in Barrie and wushu could happen at Casino Rama, although the committee is still working toward finalizing all the alternative locations.

He said the venue changes have “no impact on us aside from updating our material and information” and noted none of that material has been sent out yet anyway.

The organizing committee recently found out it would need 350 cots for participating athletes. The cost of more than 200 of those cots will come out of the games budget, while the province will pay for the rest.

When the committee was discussing the purchase, “we thought, ‘How do we turn this challenge into a positive?’” Levene said.

The decision was made to send the cots to local shelters and hospices after the games.

“That’s the type of games organizing committee we’ve been lucky to have,” he said, adding, when shelters and hospices were contacted to see if they were interested, “we found that the demand for these was huge.”

The committee is hoping to recoup some of the costs, too, so it is asking community members to donate $75. The actual cost of the cots is about $150 each, but the committee “wanted to make this fundraiser more accessible for people,” Levene said.

Donations can be made here.

The committee is also still looking for volunteers. Almost 700 have been recruited so far. The target is 700 to 800.

“We’re just about where we need to be, so we’re doing a final push,” Levene said. “There’s a wide variety of needs.”

More than 1,200 volunteer shifts will be required during the games. It will take about 200 volunteers to pull off the opening ceremonies alone.