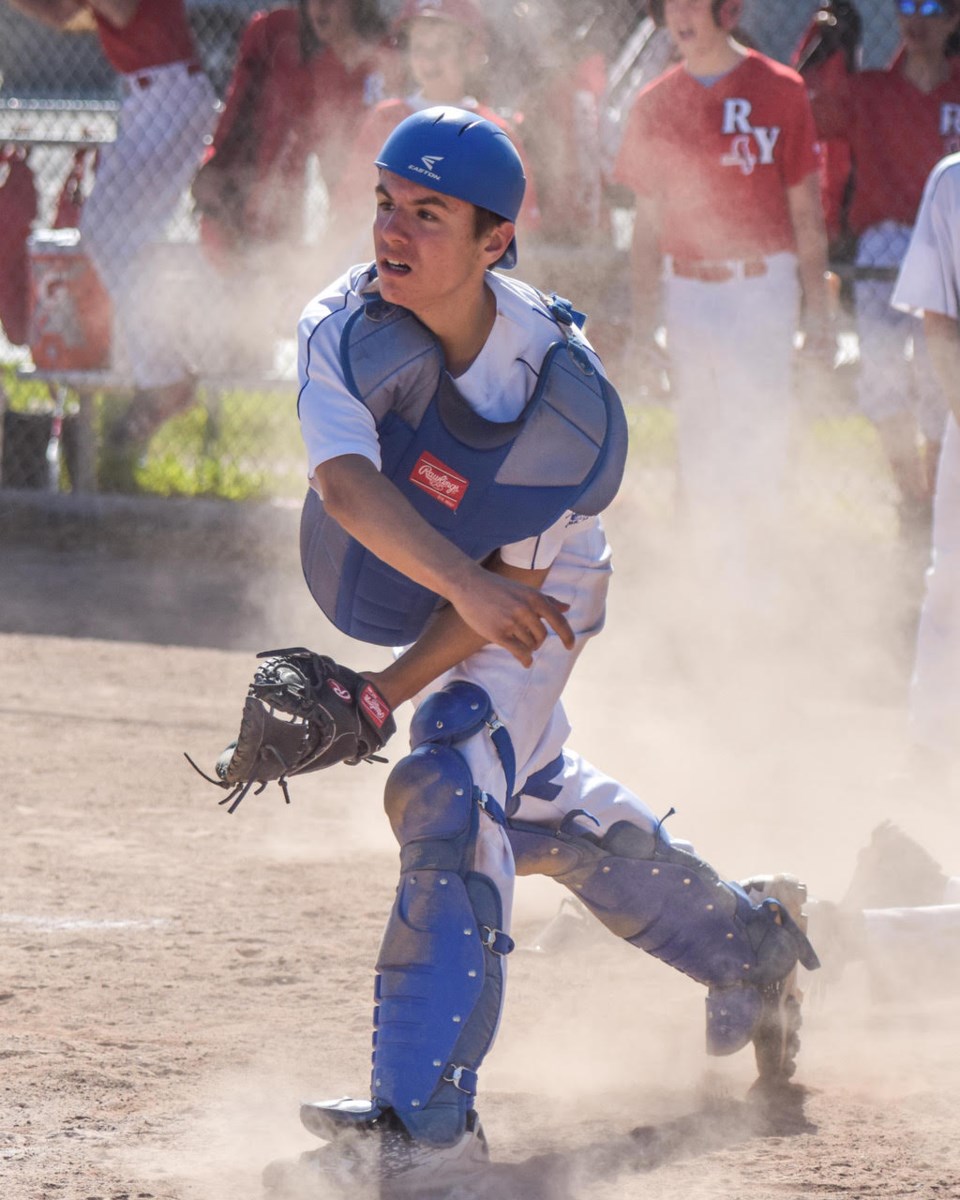 Ben Barzo, who helped lead the Orillia Royals to a provincial crown, is one of six people nominated for Orillia’s 2017 Athlete of the Year award. John Pratt for Orillia Matters

Editor’s Note: Six accomplished athletes have been nominated as Orillia’s top athlete for 2017. Over the next several days, OrilliaMatters will profile the nominees, starting today with Ben Barzo.

Ben Barzo was an offensive catalyst who wielded a big bat and exhibited blazing speed on the base paths for the Orillia Royals minor bantam team he helped lead to an improbable provincial title last summer. But his most significant contribution to that talented team came in his role as the squad’s catcher.

“Ben’s real dominance was behind the plate,” said Wes Winkel, who coached the Royals, serves as president of Orillia Legion Minor Baseball and nominated the talented athlete for the city’s top athletic honour. “Ben was a force and stopped opponents from stealing game after game.”

Winkel said Barzo played an integral leadership role in his work with the pitchers and in calling games. “Ben was a hard-working competitor and was a real workhorse, catching all games at the provincial championships,” Winkel noted, adding Barzo was the team’s most valuable player.

In addition to his role as the starting catcher, Barzo was also the team’s lead-off hitter and batted at an unheard-of clip of .429 for the season. On top of that, his “incredible speed” allowed him to steal more than 50 bases during an impressive summer season.

While everything came together during the Royals’ magical run, his success has been a product of good coaching, discipline and hard work. A catcher since his house league days, Barzo has learned mainly by strapping on the chest protector and squatting behind the plate.

He was fortunate to hone his technical skills under the tutelage of qualified coaches and trainers with the Lake Simcoe Nationals, an elite-level developmental squad that trains over the winter, plays fall ball and participates in spring tournaments in the United States. Barzo helped his team finish first at one of those tournaments in Michigan.

While an exceptional and well-rounded baseball player, the 14-year-old is far from a one-dimensional athlete. Barzo participated in several sports at Patrick Fogarty Catholic Secondary School “but where he really shone bright was on the track,” said Winkel.

Barzo was the top sprinter at his school, capturing titles in both the 100- and 200-metre events. He went on to finish in first place in the regional 100 metres competition, making him “the fastest 2003-born human in the greater Orillia area,” said Winkel. He followed that up with a second-place finish in the 200-metre race. “Ben was humble in his victories and immediately congratulated his competitors on the track,” said Winkel, who noted Barzo is a team player who always sported a positive attitude.

The athlete of the year is chosen by a nine-member panel of local judges. The award will be handed out during a meeting of City Council Feb. 12. The award was first presented in 1952 after Norm Davis created a trophy to honour the city’s top jock. Past winners include Walter Henry, Bill Watters, Brian Orser, Jerry Udell and Ethan Moreau.