They defeated the more experienced Elmvale Coyotes to clinch the title
Apr 17, 2018 7:30 AM By: OrilliaMatters Staff 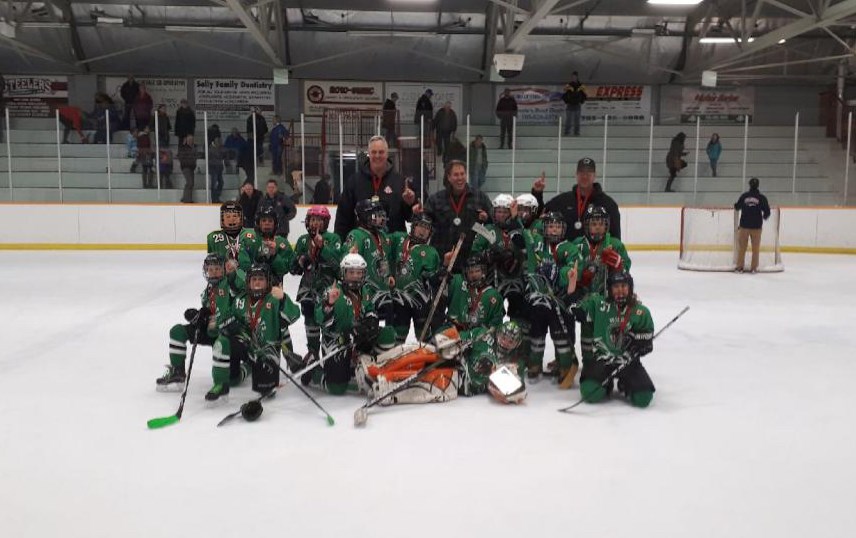 In the second and final round of playoffs, the Wildcats played a three game series against the previously unbeaten Coyotes ultimately winning the coveted GBTLL Pool A Championship. The Wildcats were led by a powerhouse offensive group.

The Wildcats showed defensive excellence back checking their way to the championship title. Goalie extraordinaire Callum Newland proved to be a force in net for the Wildcats always having the team’s back.

The Wildcats have been punching above their weight class all season long and when the dust settled, the Wildcats had earned the championship.

They improved as the season went on to finish their final 15 games with a 14-1 record that included two tournament titles. The Atom 2 Wildcats were a truly resilient and determined group of players who consistently performed as a team throughout the season.