'This motion is about Dale himself and everything he’s done for the community,' Coun. Gary Harvey says of late Colts coach
May 4, 2021 8:30 AM By: Bob Bruton 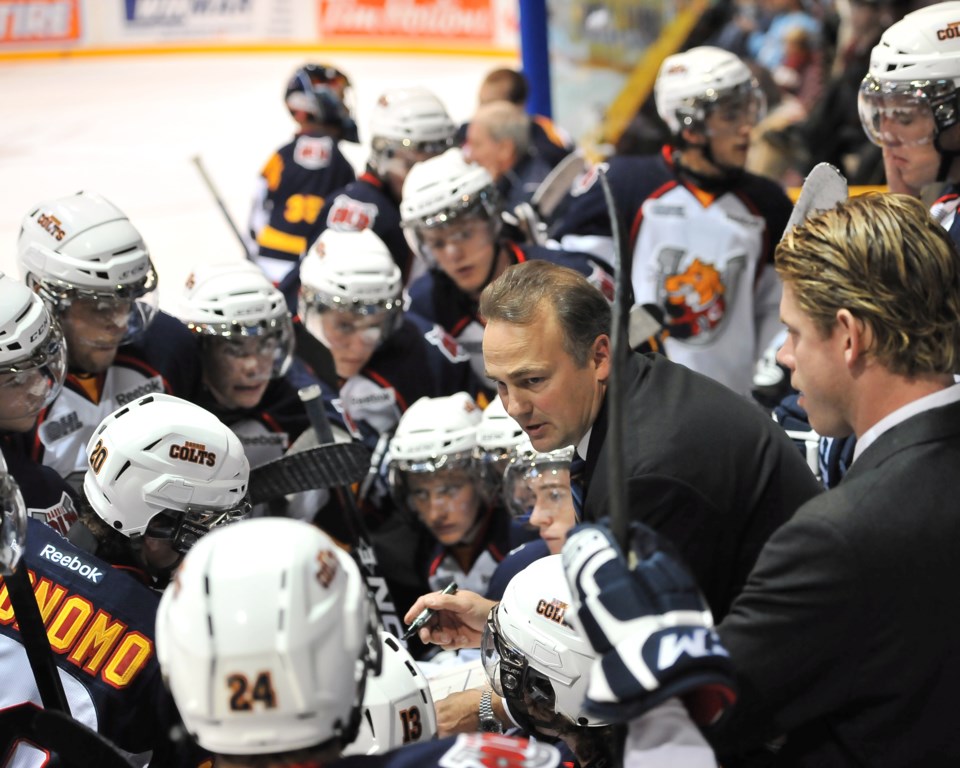 Barrie Colts head coach Dale Hawerchuk, who passed away in August 2020 following a battle with cancer, talks to his players in this file photo from the 2011-12 OHL season. Photo courtesy OHL Images

The naming is in memory of Hawerchuk, to recognize his nine seasons as head coach of the Ontario Hockey League's Barrie Colts and his tremendous support of hockey in Barrie.

“This motion is about Dale himself and everything he’s done for the community,” said Coun. Gary Harvey. “He was our coach for about 10 years and literally brought a last-place team to the OHL finals within two years. He did a miraculous job and this is just to recognize him.”

Mayor Jeff Lehman said he got to know Hawerchuk a little during his decade in Barrie.

“He is sorely missed. He made an enormous impact on the community,” Lehman said. “The impact throughout the hockey world… a Hall of Famer in our community to begin with, just from his playing career.

“His impact (was) on so many young players as a coach and obviously bringing our club so far along," the mayor added.

City staff would work with the Barrie Colts organization to determine an unveiling date to coincide with other events being planned to honour Hawerchuk, who died last August after a year-long battle with stomach cancer. He was 57 years old.

During his National Hockey League career, from 1981 to 1997, Hawerchuk was one of the greatest players of his area, scoring 518 goals and adding 891 assists for 1,409 points during the regular season.

He also played for Team Canada in the 1987 Canada Cup, winning a key faceoff in his own end that led to Mario Lemieux’s game-winning goal on a pass from Wayne Gretzky, giving Canada a 6-5 victory in the deciding third game of the tournament final against the Soviet Union.

Council will consider final approval of the Dale Hawerchuk Way naming at its May 10 meeting.