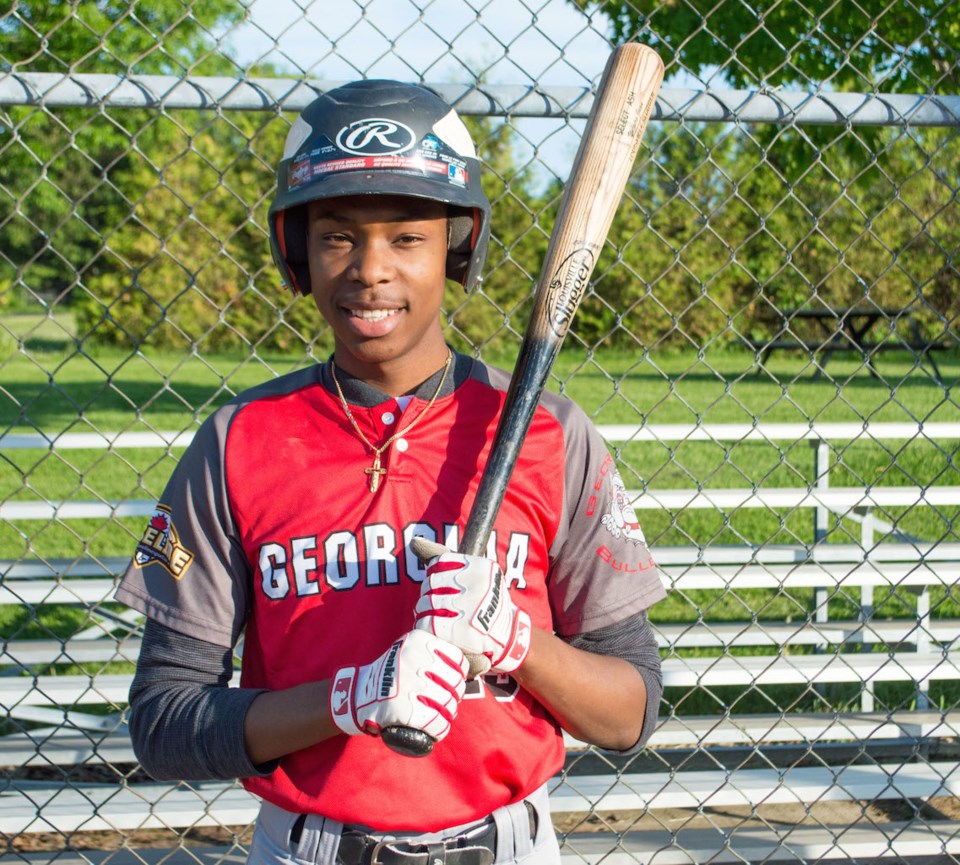 The 18-year-old Patrick Fogarty Catholic Secondary School graduate was shocked when he learned that a National Junior College Athletic Association team was interested in offering him a scholarship.

“I thought there is no way this is happening ... I have an opportunity to go play baseball in the States,” Juan said.

“From where I came from, I never thought I’d be in this position. It’s pretty wild.”

After immigrating to Canada in 2014, the then 13-year-old set his mind to becoming a professional baseball player.

When Jefferson called upon Juan to take the next step in his journey to becoming a pro, it was an easy decision for him to make.

“This is a school that focuses on having their players develop and move on to better schools. This year they had eight players move on to Division I and II schools, so having this opportunity means everything to me,” Juan said.

“I had an offer from another school, but Jefferson seemed like the best choice for me based on my goals.”

Juan currently plays left field and is a left-handed pitcher for the Georgina Bulldogs rep team. However, with the COVID-19 pandemic keeping local youth away from their regular sports leagues, Juan has shifted gears to training efforts to stay ready for when baseball can be played later this summer.

Over the last few months, Juan has teamed up with Juan Benitez for training sessions. Benitez is a professional baseball player who played in the Dominican Republic, Mexico, and Canada.

“To this day, I think 'Wow, I’m really training with someone who has played professionally in a lot of places.' For him to take the time out of his day to teach me what he knows and make me a better ballplayer is just crazy,” Juan said.

“It works perfectly as he is also from the Dominican Republic, so we get along well and relate. He’s taught me a lot of things and my improvement has been crazy. Now I’m ready to move away and show them what I’ve got," he vowed.

For the past year, Juan has also been training with Chaser’s Baseball Development which is run by former competitive baseball player Chase Walach.

"Chase has helped me prepare for college a lot; he’s helped me get to where I’m at today with this opportunity,” Juan said.

While Juan has had great training resources over the past year, he says there is nothing that can prepare him for the next level like in-game action.

“I’m not getting in-game experience, and I haven’t been able to test my abilities from what I know now against other players,” he said.

“I’m trying to get as strong and as ready as I can be so when the time comes to go compete, I can do so at a high level. I’m excited to shine.”

After playing with the Jefferson Cannoneers for the next two seasons, Juan has his sights on playing Division I or Division II baseball.

“When I go to Jefferson, I want to work really hard on my skills and be the best player that I can be. Hopefully, that will lead to me being a professional somewhere,” he said.

“I really hope I can take baseball and keep playing it for a long time, I want to make it a career.”

If baseball doesn’t work out, Juan will turn his focus to a career in mechanical engineering, which is what he will be studying at the State University of New York.

The next biggest challenge is moving away from home to a new country, which he has done once before.

“I will be missing my mom, my grandma, my grandpa, and my friends, they are a big part of where I am now,” Yuan said.

“They have always been supportive and behind me. My Mom is my number one fan, and my friends have always provided me confidence and balance, I’m going to miss them.”