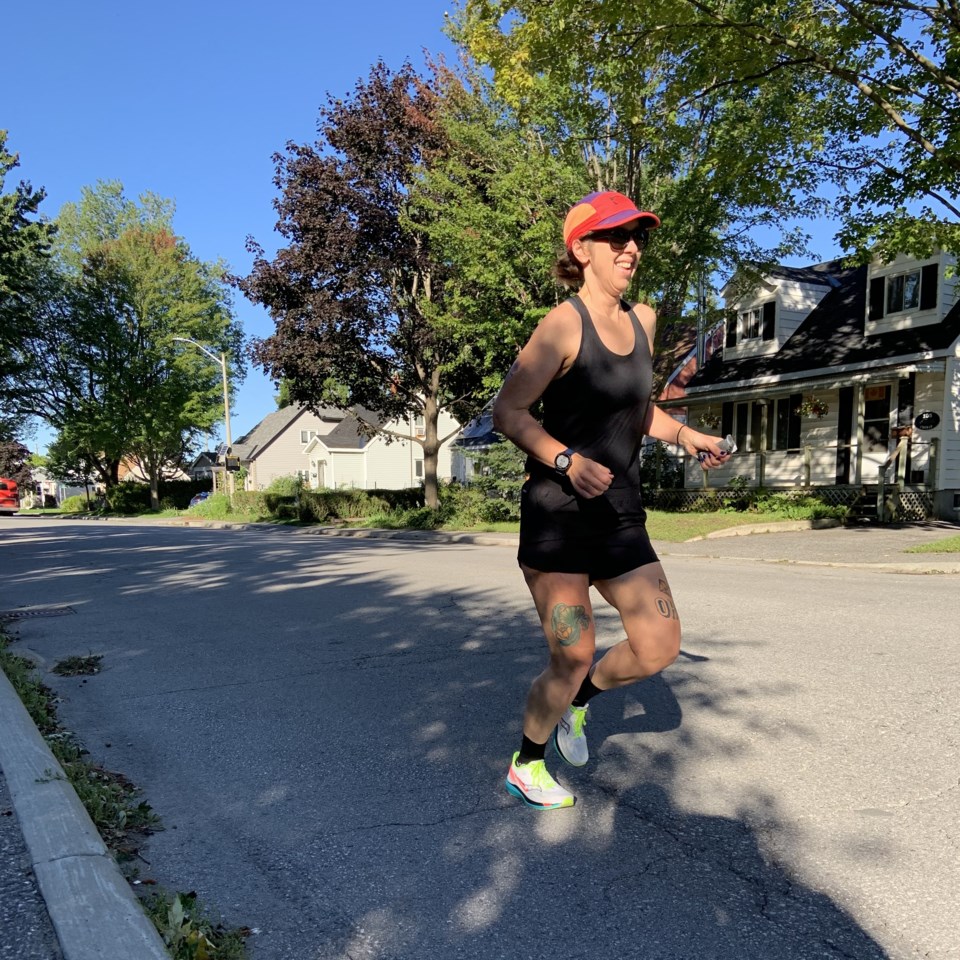 In March, when it was announced the Boston Marathon had been postponed until September, Melissa Bunn had high hopes she’d be in Massachusetts this month to fulfil a dream.

Bunn, 38, who grew up in Orillia, had qualified for the first time to take part in the 124th annual marathon.

As the Sept. 14 race date neared, “it quickly became clear they couldn’t do it” because of the COVID-19 pandemic, she said.

Organizers weren’t about to let that stop racers from taking part, so they invited everyone who had qualified to run the marathon in their own communities.

Bunn, who now lives in Ottawa, did just that, and she even set a new personal best time, running 42.2 kilometres in three hours, 19 minutes and 13 seconds. That’s eight minutes better than her previous record.

“I had gone out aiming for a slightly better time — 3:16 — but I was pretty satisfied with it. I’m not upset,” she said.

Her new personal best is 16 minutes faster than the qualifying standard for the 35-to-40 age group, and the results of those who took part in the virtual race will count as qualifying times for the next in-person Boston Marathon, whenever that takes place.

Bunn is awaiting confirmation that she qualified, but she is confident.

“I think I have a pretty good chance,” she said.

Many marathon participants have at least one “support person” on hand while they race. For Bunn, it was her husband, but he was working at home and watching their two children.

That didn’t stop Bunn’s family and neighbours from rooting her on. The route went past Bunn’s home, so everyone was able to cheer her on as she ran 44 laps.

“I had a pretty good crew that came out,” she said.

While pleased with the result, it wasn’t the traditional Boston Marathon experience Bunn had been hoping for. She’s crossing her fingers that she’ll make it for the next one. Organizers have postponed it indefinitely.

Hockey helps Patrick Fogarty graduate score a scholarship
Oct 17, 2020 7:00 PM
Comments
We welcome your feedback and encourage you to share your thoughts. We ask that you be respectful of others and their points of view, refrain from personal attacks and stay on topic. To learn about our commenting policies and how we moderate, please read our Community Guidelines.