Hawks soar to title in Brampton 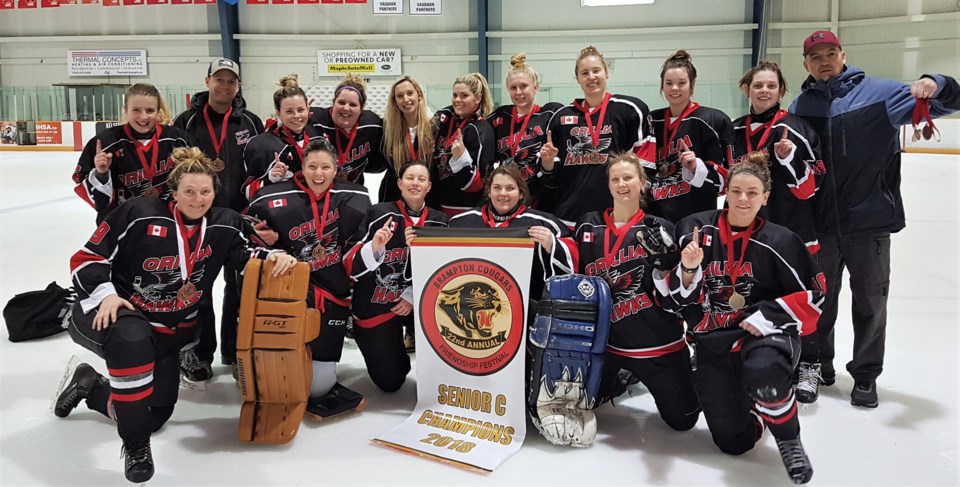 Game 3 versus the Kirkland Lake Power Blast ended in a score of 3-0 in favour of the Hawks. Kubiseski again netted a pair while Turner contributed a single marker. Assists went to Kubiseski, Veronique St. Pierre, Crystal Ferguson and Turner.

In the championship game against the host Brampton team, Orillia earned a 3-2 victory. Goals were scored by Kubiseski, Turner and Layne Lampshire with assists going to Turner, Cranney and Jeffreys.