'I'll always be cheering them on and hoping the best for them,' says longtime coach Todd Miller, who was released by the OHL club last week
Sep 16, 2020 8:00 PM By: Gene Pereira 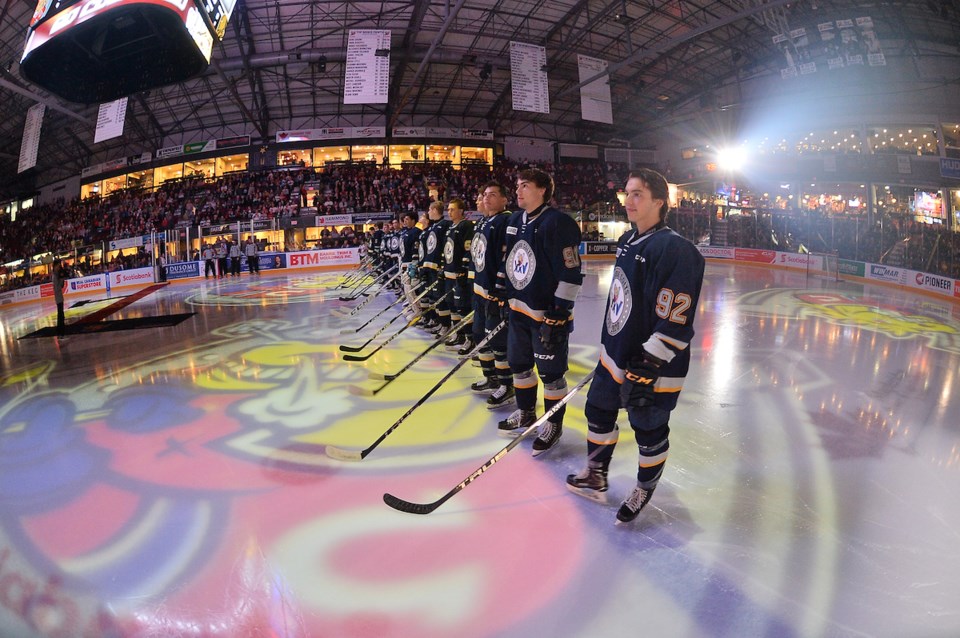 One thing is now certain for the Barrie Colts if the 2020-21 schedule does kick off as hoped on Dec. 1: They will be heading into the new Ontario Hockey League season with a whole new approach to playing the game.

Todd Miller's exit behind the bench brings an end to the Dale Hawerchuk brand of hockey that Barrie fans grew accustomed to over the last decade. It was a system that encouraged speed, quick puck movement and offence, often providing players with that extra bit of leash to be creative when it came to making things happen offensively.

Miller said last week that he was not going to continue with the head-coaching duties on a full-time basis after being released by the OHL club. It came as a surprise, especially after the success he enjoyed as an interim coach in the second half of last season.

The longtime assistant coach was looking forward to the opportunity to continue Hawerchuk's game plan this season. The Hockey Hall of Famer, who died Aug. 18 following a year-long cancer battle, had privately expressed his hopes that Miller would get an opportunity to take over the OHL team behind the bench.

While disappointed he won't get that opportunity, Miller says he isn't leaving Barrie empty-handed. The 42-year-old Elliot Lake native says he learned a great deal under his mentor over their 10 years together.

"Every day was something new," Miller said of the special memories and experiences he had with Hawerchuk. "Something that I can take little bits and pieces out and take with me."

Whoever the Colts do hire as the new head coach will be stepping into a pretty good situation. The club is loaded with young talent and appears ready to contend among the top teams in the Eastern Conference over the next couple of seasons.

Second-year defenceman Brandt Clarke is a budding star and showed he's more than ready to taking on a leading role on the power play, while veteran Nathan Allensen posted a career-high 33 points. Both head up a group of six possible returnees on the point.

Of course, with this amount of talent comes big expectations and experience might be key for whoever eventually takes on that role.

Miller brought the young group together quickly last season and the player's coach was well received by a team that had gone through much adversity with Hawerchuk's cancer battle, a rash of injuries, the trading of several key veterans, and the firing of interim head coach Warren Rychel mid-season.

Now, with the sad passing of Hawerchuk and Miller let go, that familiarity is also gone.

Miller says whoever takes over behind the bench will be getting not only an impressive group of talented players, but a fine collection of young men that any coach would love to be around every day.

He admits he's going to miss working with the players and helping them develop their game.

"It's going to be tough, because you're going to see these young boys turn into men in a year or two," Miller said. "But I'm excited to see what this team can do, because the next couple of years are going to be pretty special."

Miller has also been in touch with some of the players since being released by the team.

"I talked to a couple of guys who reached out to me and I'm going to miss them," he said. "At the same time, I'll always be cheering them on and hoping the best for them.

"With the (NHL) draft coming up, there's a few of them that likely are going to be in there, like Foerster, Cardwell, Vierling and (Anthony) Tabak," Miller added. "I hope they get picked on that day, but it will be really exciting to see this team. It's going to be an exciting time to be a Barrie Colts fan."