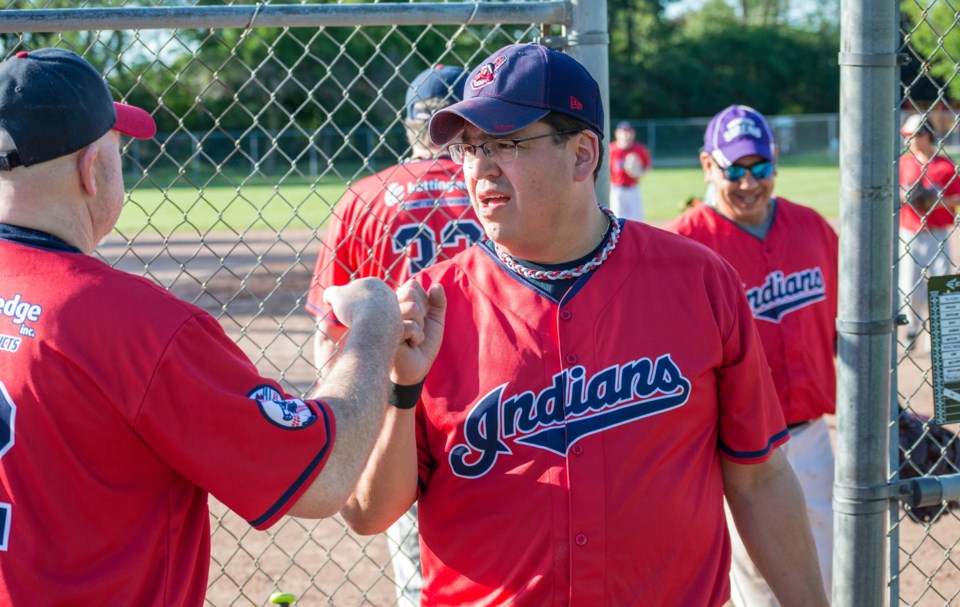 Ray Ashkewe of the Wagner Lawn Care Orillia Slo-Pitch team is one of hundreds of players who will be missing out on the Northern Shootout tournament again this year. Tyler Evans/OrilliaMatters File Photo

For the second year in a row, one of Canada’s largest slo-pitch tournaments, which is annually hosted in Orillia, has been cancelled.

The Northern Shootout was last held in 2019 for its 12th consecutive year. Tournament organizer Mike Borrelli says cancelling the event for the second year in a row is gut-wrenching.

“We waited as long as we could before cancelling it, but the tournament starts on June 25, and the province isn’t letting us host games until July 26,” Borrelli said, referencing the province's three stages of reopening.

Each year 85 teams, featuring hundreds of slo-pitch players from all over the country, participate in the Northern Shootout.

“This event is huge for most players at the highest levels, and all levels for that matter,” Borrelli said.

“This event makes Orillia the go-to place in the summer for our game. It brings players in from all over the country to compete for a national championship.”

The annual home run derby is also missed by members of the slo-pitch community and Orillia residents who enjoyed watching the contest.

“People mark that on their calendar, they don’t want to miss it. People from Orillia like coming out to cheer on our local guys who participate ... everybody loves home run hitters,” Borrelli said.

Borrelli says a financial impact study was conducted on the Northern Shootout tournament a few years ago and it was determined the event brings in $400,000 for the Orillia economy each year.

“People come to Orillia every year for this tournament, they stay in our local hotels, they eat at our local restaurants, and they pour their money into our economy,” he said.

“This is tough on the city, event organizers, and the players. It’s always a feel-good weekend, and we miss it.”

Despite cancelling the event for the second consecutive year, Borrelli isn’t worried about the future of the event.

“I think it’s going to be as big as it’s always been when the event returns," he said, adding "the 85 teams we bring in is the maximum that we can fit with the limited diamonds we have in Orillia. There is always more interest and demand every year.”