Octet of Lady Kings chosen to play for Team Ontario

Players had to advance through three training camps to earn the right to represent their province
Jun 27, 2018 1:45 PM By: Dave Dawson 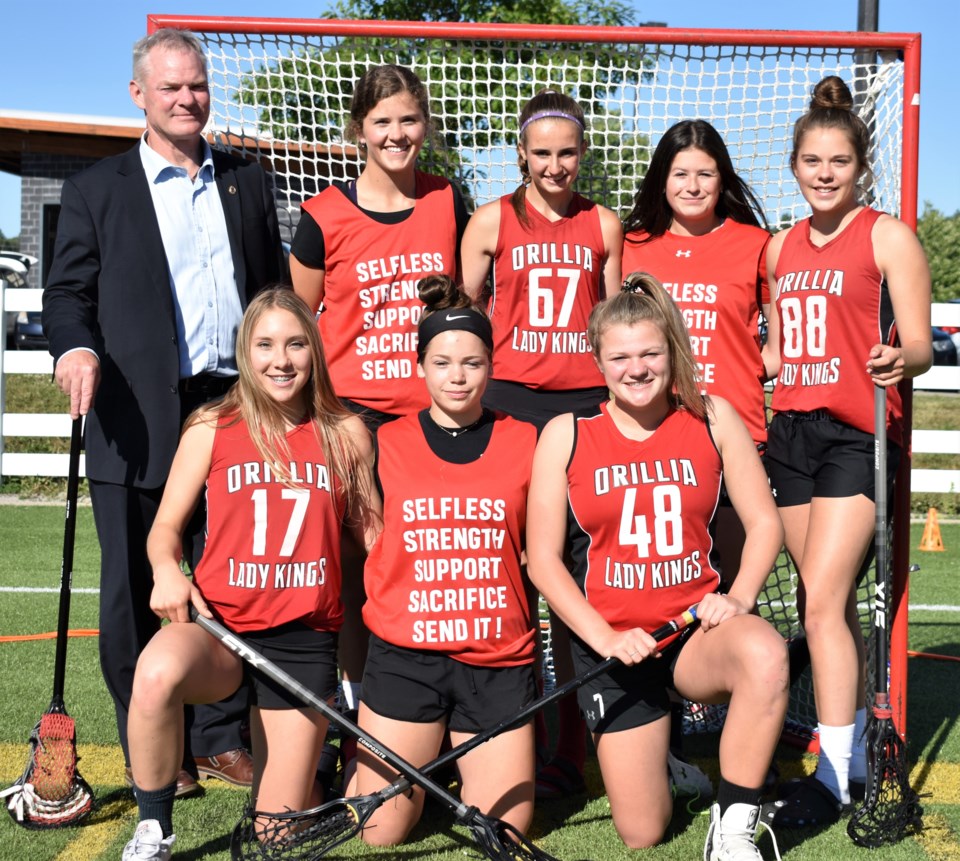 Eight outstanding Orillia Lady Kings field lacrosse players have been chosen to play for Team Ontario at provincial and national competitions this summer.

“To have eight girls from a small centre like Orillia, it’s pretty amazing,” said Pat Morris, a long-time local coach who is once again helming Orillia’s U19 team. “With the possible exception of Oshawa or Oakville, that’s probably the most players from any one city.”

In addition to the impressive list of players, Morris was selected to coach the Team Ontario U19 team that will travel to Calgary later this summer to compete in the Canadian championship.

“It’s a real honour to be chosen to coach Team Ontario,” said Morris. “We have a very strong team and it’s great to have four Orillia girls on the team.”

A pair of local U15 players were able to impress the provincial coaches and qualified for Team Ontario in their age group: Kayleigh Aiken and Emma Torkoff.

“Each of these players had to make it through three gruelling, challenging tryouts,” said Morris. “It’s not easy to make Team Ontario … some of the best girls’ field lacrosse players are from this province, so it’s a pretty big deal."

One of those chosen few, Kassidy Morris, has also been selected – for the second straight year – to compete in the Under Armour 150. Last summer, she was selected as a first-team all star at the recruiting event in Baltimore that showcases the 150 top girls’ lacrosse athletes who will graduate high school in 2020 and 2021.