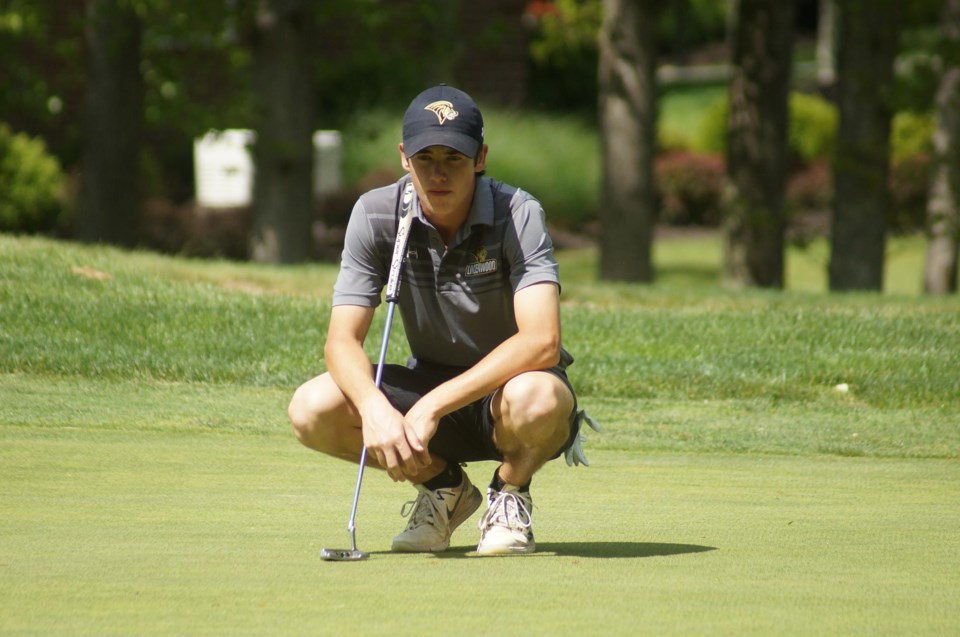 Orillia’s Joe MacNeil has become a sophomore sensation south of the border.

The Patrick Fogarty Catholic Secondary School graduate, in his second year of playing NCAA golf, shattered a school record at Lindenwood University in St. Charles, Missouri and then was named Great Lakes Valley Conference Player of the Week.

He is the first Lindenwood student to earn the honour in men’s golf.

Both his first-round 65 and second-round 68 were better than his previous career best round of 69.

MacNeil led the Lions to the lowest round in program history; the team shot -19 in the second round.

Not bad for a lad from Canada, where golf is not top of mind for many aspiring athletes.

MacNeil first started golfing when he was 11.

“It’s funny because golf is not really the most popular sport,” MacNeil said upon signing his letter of intent in 2017. “But I loved that feeling when you hit a really good shot. I just caught the bug and wanted to get better and better every day.”

MacNeil first worked on his game at Hawk Ridge Golf and Country Club and then participated in local events such as Pepsi Future Tour and Bay Area Golf Series (BAGS) Tour stops.

As he improved and showed promise, he connected with Jeff Overholt, a PGA of Canada golf coach who, with business partner Jon Roy, operates Golf Performance Coaches.

“He has been very instrumental, working on my swing, adding distance and working on all facets of my game,” MacNeil said in 2017.

As expected, there was a steep learning curve when he made the jump to collegiate golf in the U.S.

MacNeil and the Lions will next play in the Midwest Regional Preview at Fox Run Golf Course in Eureka, Mo. on Oct. 7-8.

Long-time volunteer at Hawk Ridge records hole in one
Jul 31, 2020 7:15 PM
Comments
We welcome your feedback and encourage you to share your thoughts. We ask that you be respectful of others and their points of view, refrain from personal attacks and stay on topic. To learn about our commenting policies and how we moderate, please read our Community Guidelines.