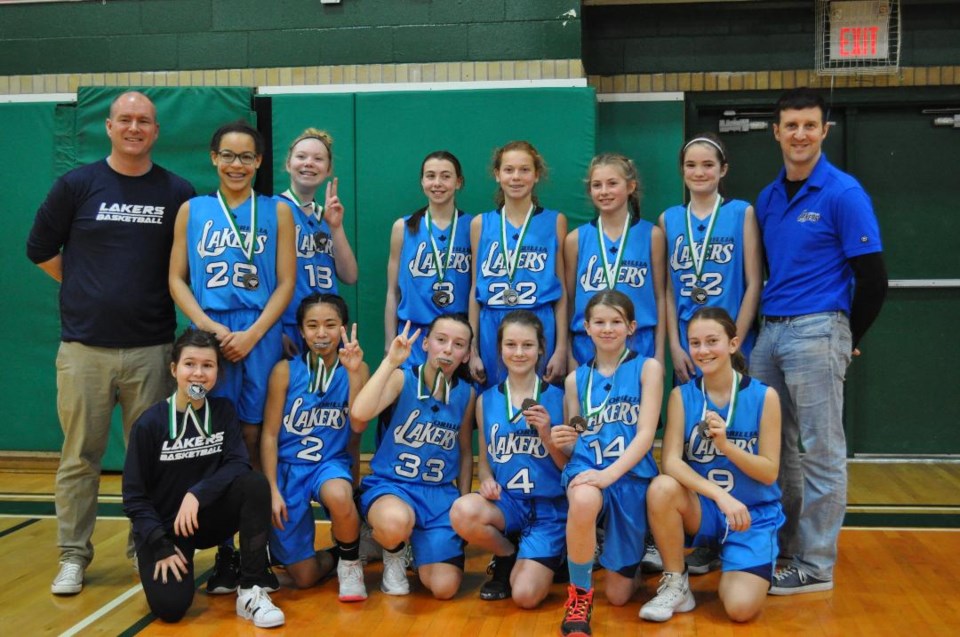 The under-13 team opened the tournament on the Friday night against a strong Ancaster Blitz team. Despite the pronounced size advantage for Ancaster, the visitors from Orillia used outstanding team defence and strong rebounding to overcome a slow start in the first half.

The shots started to fall for the Lakers in the second half and they won their tournament opener 28-21. Gabrielle Crate and Hayley French each had six points for Orillia.

Day two got off to a slow start. The Lakers took a tough loss against their area rival when they lost by six to the Barrie Royals. The game was very defensive, and unfortunately the offence never really clicked and the girls struggled to put points on the board.

The second game of the day sparked a rebound for the girls when they faced Orangeville. A stifling Lakers defence not only shut down Orangeville, it also led to many points in transition. The Lakers emerged victorious, 35-24. Rhiannon Monague hit double digits with 10 points, while Rebekah Kee sank some key shots and finished with six points.

With pool play concluded, three teams were tied with two wins each and the playoff seeding came down to point differential. Because of a one point difference over Ancaster, the Lakers advanced to the gold medal final on day three against the tournament host, Brantford CYO.

The Brantford girls used their height and muscle to close off the scoring with a stingy zone defence. The girls from Orillia battled hard but were unable to find the scoring touch they had the night before and had to settle for silver.

The coaches were incredibly proud of the grit and effort the girls displayed throughout the tournament.