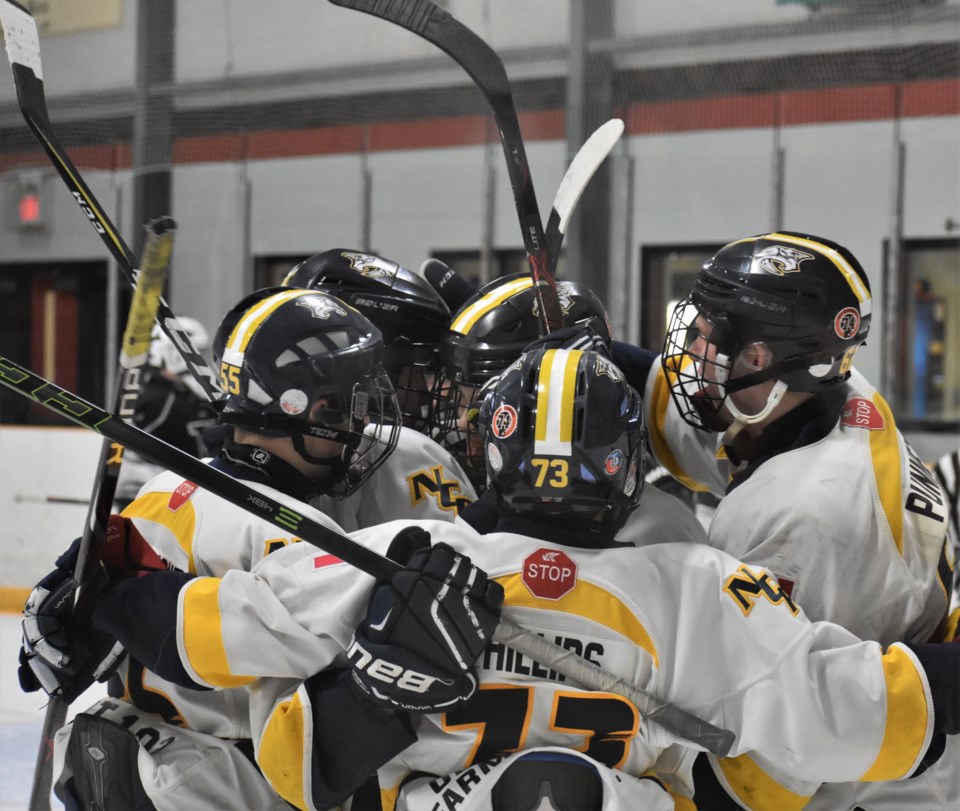 Members of the North Central Predators are celebrating a move up the OHL Cup rankings. Dave Dawson/OrilliaMatters

The Ontario Hockey League today announced the third edition of the weekly minor midget rankings for the 2019 OHL Cup Showcase Tournament powered by Under Armour and hosted by the Greater Toronto Hockey League.

The 2019 OHL Cup powered by Under Armour and hosted by the GTHL is scheduled for March 12-18 and will feature 20 teams from across Ontario and the United States showcasing many of the top players eligible for the 2019 OHL Priority Selection.  All games will be played at Scotiabank Pond in Toronto until the Championship Final moves to the Mattamy Athletic Centre on Monday March 18 where it will be broadcasted nationally on Sportsnet.

The weekly rankings are determined by a panel of OHL Central Scouting staff and represent the top teams that are competing to play in the annual year-end championship tournament.

The third edition of the weekly Top-10 sees the Toronto Red Wings, North Central Predators and Sudbury Minor Midget Wolves all move up the list while the Kitchener Jr. Rangers and Niagara North Stars rise to honourable mention status. The Brantford 99’ers fall one spot to seventh on the list while the Waterloo Wolves drop two spots to tenth.