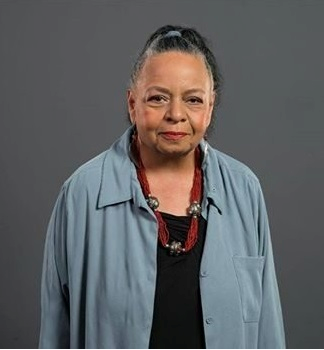 Rita Shelton Deverell hadn’t intended to speak up about the riots and protests in the United States sparked by the death of a Black citizen following an encounter with police.

Then, she realized she had a connection, however far removed, to George Floyd, who died May 25 in Minneapolis, Minn., after a police officer arresting him kneeled on his neck as Floyd, 46, fought to breathe and called out for his mother.

Deverell, who lives in Oro-Medonte, discovered she and Floyd both attended Jack Yates High School in the Third Ward of Houston, Texas, though not at the same time.

“One of the other things I realized was that my son, who is a Black guy, is just one month younger than George Floyd,” she said. “I realized that, A, I could be his mother and, B, what a difference in life chances my son has had compared to George Floyd.”

It prompted her to reflect on her own experiences and a lack of progress on civil rights.

After immigrating to Canada in 1967, she made comments in the media about the violent protests in U.S. cities following the assassinations of Martin Luther King Jr. and Robert F. Kennedy in 1968, and John F. Kennedy before that.

"I said then that I understood why Black people like me were burning down cities. There was negative response to my analysis, saying I didn’t fully appreciate how I’d landed in southwestern Ontario where there was no racism, order, truth, and good government,” she said.

“Now, in 2020, I can say how soul destroying it is to realize that my Black brothers and sisters in the U.S.A. know their lives have gotten hugely worse in 52 years, including the rollback of most civil and voters’ rights legislation," she said. "I understand again, but do not agree with, the riots.”

Deverell has long fought for social justice, notably through her role in media, which helped earn her an appointment to the Order of Canada in 2005. A passion for “giving a voice to the voiceless” led to her founding of Vision TV, the world's first multi-faith and multicultural network.

Prior to that, in the ’70s, she worked for the CBC in Saskatchewan. Knowing how many Indigenous people lived there, she said to her boss, “We need to do a lot more reporting of matters Aboriginal.”

In 2018, Deverell was named Woman of the Year by the Alliance of Canadian Cinema, Television and Radio Artists.

Her activism continues in her role as a member of the Lakehead University president’s committee on truth and reconciliation.

Deverell is “cautiously optimistic” about where Canada is heading in terms of its recognition of racism toward Indigenous and Black people.

“There are some hopeful signs in Canada. There are some definite improvements since the 1960s,” she said. “Today, all of the federal party leaders have come out to say, ‘We know there’s racism in Canada and we have to do something about it.’ It sounds simple, but it’s rather remarkable. It represents tremendous progress that they would say that.”

She believes the focus in recent years on truth and reconciliation with Indigenous peoples is what has led to this moment. She recalled being “annoyed” when she arrived in this country and found “Canadians defined racism as being anti-Black.”

“We’re starting to understand this is our bedrock racism problem,” she said. “It was such a blind spot until fairly recently. I am delighted about Canadians’ recognition recently of racism directed at Indigenous peoples.”

The COVID-19 pandemic has uncovered another blind spot, Deverell added.

“The pandemic is teaching us about the sin of our much-praised universal health-care system not including long-term care,” she said, referring to the hard-hit care homes.

The virus, she added, is also further fuelling the current rage south of the border. The demonstrations are not the same as ones that have happened before following the deaths of Black citizens.

“This series of protests and riots and violence is new because of its size, but also because things have gotten so desperate,” she said. “The rollback of significant legislation is so unfortunate.

"From the reasonably hopeful period of the ’60s, with the civil rights legislation and voters’ rights legislation, to now, with the pandemic, which is so disproportionately affecting Black people, this is different because of the precise times we find ourselves in," she said. "It makes it difficult and it also makes it more despairing.”

That’s why she’s not as optimistic about the repairing of race relations in the U.S. as she is about the situation in Canada.

“There are some bad signs. One is the rollback of legislation that took a couple of hundred years to make happen. The conservative complexion of the Supreme Court in the U.S. is a problem,” she said. “From this distance, I don’t see many hopeful signs.”