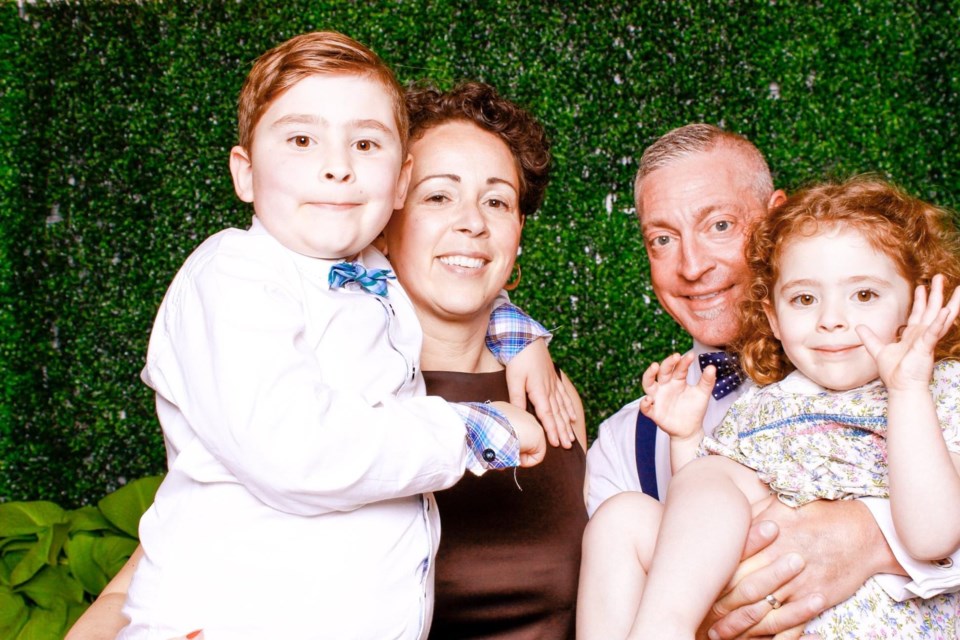 Last week Duchess of Sussex Meghan Markle had her personal essay published in the press about her miscarriage this past summer, and last month Chrissy Teigen and John Legend went public about the devastating loss of their son after labour complications.

With more celebrities speaking publicly lately about their struggles with pregnancy and infant loss, it has given Bradford mother Leah Armstrong the courage to share her story with pregnancy loss, in hopes of comforting others going through the same traumatic, devastating loss she and her husband Robb experienced nearly 10 years ago.

After trying to conceive for many years with no success, the couple turned to in vitro fertilization (IVF).  The experiences she went through has resulted in her diagnosis of post-traumatic stress disorder (PTSD).

"Your whole pregnancy you're terrified something's going to happen," she explained about the process.

She says talking about her experience helps her with the pain, and hopefully will help others too.

According to the Prenatal Education website from the Ontario government, it is estimated that one in four pregnancies ends in loss and the risk of miscarrying in the first 20 weeks of pregnancy is between 15 percent and 20 percent.

"People think it's (pregnancy) effortless," said Armstong, "and it's not."

"No one really knows or understands the rollercoaster and highs and lows of it," she said about those who struggle with fertility issues and child loss.

"I know there are so many people suffering alone, and it's a very isolating experience," she said.

The couple now has two children, an eight-year-old son and a four-year-old daughter, but what many people don't know is that both their children were supposed to each have a twin sibling.

With their first pregnancy, Leah received IVF procedures in London, Ontario, driving back and forth from Bradford three to four times per week, as well as going for fertility acupuncture appointments in Oakville.

"I can't tell you how many hours I spent driving," she said, noting that the couple's health and fitness business suffered greatly due to time spent at appointments every week.

"IVF is hell to go through, financially, physically, and emotionally," describes Leah.

Finally, in 2011, they were told the IVF was successful and they were expecting twins. Naturally, they were ecstatic.

But five weeks into the pregnancy, they lost one of the babies. Leah describes the feelings of joy for her son, but sadness for the loss of his twin.

"I'm so happy that there's this child alive and growing in my body, but what about this other person?" she remembered thinking. "You want to be happy but your mourning that and no one can appreciate this loss, it's bittersweet."

She said friends, families and doctors wouldn't understand her feelings of grief., oftentimes undermining the loss, focusing their attention on the surviving twin.

"Having a baby doesn't erase everything you went through, you'll always want those other babies," she explained.

To make her already stressful pregnancy even worse, once their son was born in February 2012, it was learned he had a heart condition and had to spend the first few weeks of his life in and out of Sick Kids Hospital, being defibrillated three times. Today, her son is healthy as can be now, but it was a stressful first year of parenthood for the Armstrongs, constantly checking heart rates and meeting with different cardiologists.

Leah wishes there was more mental health support available for expectant and new mothers, and those who have experienced trauma or loss associated with childbirth.

"No one understands when you lose a baby," she said, "you never really heal from it."

The couple wanted more children and continued with IVF. In total, they went through seven miscarriages, and in 2015 became pregnant with their daughter.

"I'm so grateful for the kids I have," she reiterated but says she will always grieve for the children she lost, a pain that will never go away.

Leah continues to see a trauma therapist help her through her PTSD, and wants others to know it's normal to have feelings of grief long after a loss and that they are not alone.

"I know that there are other people that need to hear this."

About the Author: Natasha Philpott

Natasha is BradfordToday's Community Editor. She graduated from the Media Studies program at The University of Guelph-Humber. She lives in Bradford with her husband, two boys and two cats
Read more