'It's time we pull up our pants and take on our job and show respect for the people that pay our paycheque,' councillor says
Oct 19, 2020 7:29 AM By: Mehreen Shahid 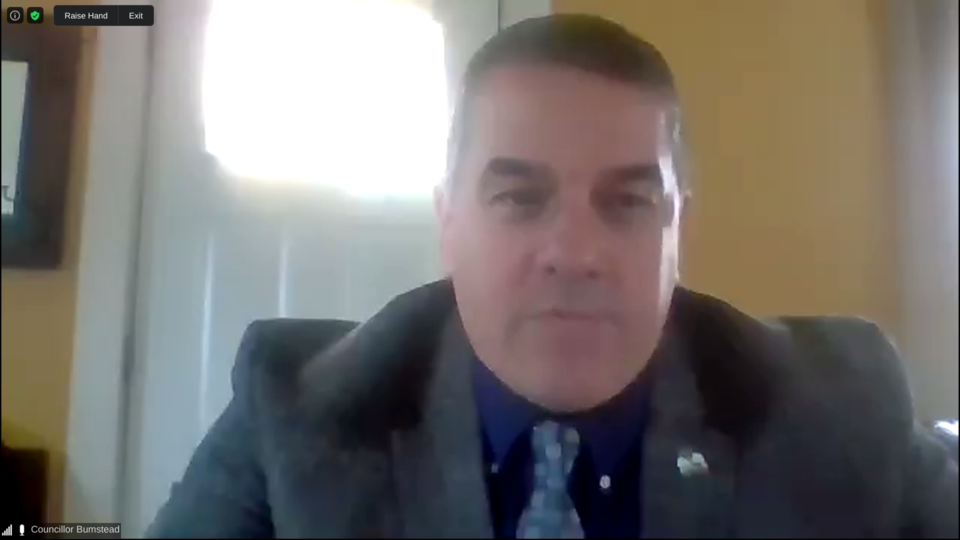 Coun. Jeff Bumstead questioned the efficacy of a survey asking only one close-ended question. Mehreen Shahid/MidlandToday

Tay councillors don't think a simple 'yes' or 'no' does the trick when trying to gauge how residents feel about their municipal services.

The discussion arose from a report staff presented to council committee in an attempt to gather feedback from residents regarding customer service satisfaction.Staff recommended that people who call in be asked a single question at the end of the call deriving a yes/no answer. The second suggested method of assessing client satisfaction was to place a tablet at the exit so residents who leave after interacting with staff can hit a button indicating their choice.

However, Coun. Jeff Bumstead wasn't convinced that was enough.

"I'm just concerned with the yes or no and what you're going to use from that," he said. "Were they partially happy, or partially not? Maybe they had other stuff going on that day and hit no on their way out. I'm not sure if there has been thought into putting a rating system in."

He added that placing a kiosk at the door also concerned him.

"How do we know who hit it, what service they received, and what staff person they talked to?" he said. "At the end of the day, if we find out 75% people are happy and 25% are not, we need to work on the 25% but what are we working on?"

Residents that MidlandToday could reach generally expressed satisfaction with customer satisfaction, but agreed that the format could be expanded.

"I’d agree that a yes/no isn’t enough," said John Taylor. "There needs to be an option to leave more detailed feedback, good or bad, I think. Could things be improved? Always. But the fact that they’re looking for feedback at all is a step in the right direction."

Bumstead's peer, Coun. Paul Raymond, presented the other side of the coin.

"I've done a lot of online polls and there are a bunch of studies you can research and they indicate the benefit of a 50/50 instead of a scale," he said. "It's called a central tendency response. Most humans will arbitrarily respond to the middle. You could conceivably have a yes or no and some rating for other questions. My recommendation would be to mix them up. It will fundamentally help you get a better picture."

Another Tay resident said she had no problem with this format.

"My experience has always been good," said Carley McCutcheon, who visits the municipal building to pay bills. "There are no lineups. There's a nice lady at the desk --- usually the same one. We sometimes chitchat a little, but generally it’s a pretty efficient in-and-out."

Coun. Sandy Talbot asked staff what was the expected time period a resident should wait 'til they hear back from a staff member.

'I know we're not meeting that (target)," she added. "Just the sheer volume of request emails (we receive) in a day --- we need to do better. I do believe this (survey) is that first step of how we can do better."

Talbot said that's exactly why she brought this up.

"We are in the business of customer service," she said. "I hear this all the time from somebody in the store and they asked a staff member and they said that's not my department. Customer service starts the day you walk in the door. This has been a theme throughout my time with the township."

Talbot said customer service should be top of mind regardless of what the survey shows.

"People phone me because they have no response from the township," Talbot said. "It's time we pull up our pants and take on our job and show respect for the people that pay our pay cheque."

"I guess what we can do, we can ask the yes or no, and if it's yes, it doesn't really matter, but if it's a no, we can ask more questions to gauge what they're unhappy about," he added.

Penetanguishene ratepayers could get some tax relief next year
Nov 25, 2020 5:39 PM
Comments
We welcome your feedback and encourage you to share your thoughts. We ask that you be respectful of others and their points of view, refrain from personal attacks and stay on topic. To learn about our commenting policies and how we moderate, please read our Community Guidelines.