A Black doctor who says he faced a barrage of hate and racism after being accused of breaking COVID-19 rules amid an outbreak last year announced Friday he is suing the New Brunswick government and the RCMP. Lawyers representing Dr.
Jun 11, 2021 4:45 PM By: Canadian Press 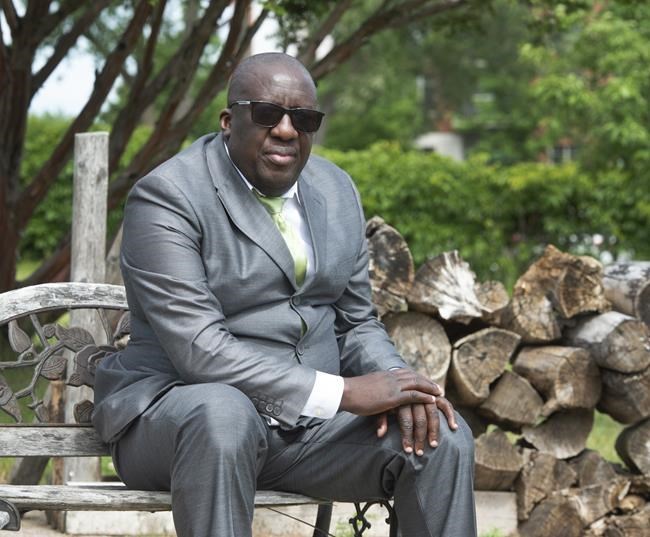 A Black doctor who says he faced a barrage of hate and racism after being accused of breaking COVID-19 rules amid an outbreak last year announced Friday he is suing the New Brunswick government and the RCMP.

Lawyers representing Dr. Jean Robert Ngola told reporters the lawsuit alleges an abuse of power, defamation, negligence, malicious prosecution and a breach of the physician's charter rights. They say their client was a victim of systemic racism and anti-Black racism.

Ngola, a family doctor who was working in the northern New Brunswick city of Campbellton, was accused of violating the province's Emergency Measures Act, but the Crown withdrew the charge last week after concluding there was no chance of conviction.

Ngola had driven to Montreal in May 2020 to pick up his daughter, because her mother was travelling to Africa to attend a funeral. He did not self-isolate for two weeks when he returned, as provincial health guidelines direct, but Ngola said that was consistent with the practice of other physicians at his hospital.

He has been seeking an apology from Premier Blaine Higgs, who on May 27, 2020 — without naming Ngola — linked a growing COVID-19 outbreak in the Campbellton area to "one irresponsible individual," a health-care worker, and said the matter was being handled by the RCMP.

The statement of claim filed in New Brunswick Court of Queen's Bench refers to Ngola's "banishment" from the province, which it says was brought on by the premier, the government, a police force and social media. Ngola, a Canadian citizen of Congolese descent, relocated to Quebec last summer and now practises medicine there.

"A Canadian citizen is entitled constitutionally to reside in any Canadian province or territory of choice and should not be shamed and coerced into banishment because of governmental action," the filing reads.

Lawyer Joel Etienne says the situation is unprecedented and so are the remedies being sought, saying the financial compensation is secondary seeing restorative justice measures, a public apology and a system of checks and balances to ensure such a case doesn't happen again.

"Dr. Ngola does insist on a public apology from the RCMP and the government of New Brunswick, but an apology will not be enough to make sure that such an ordeal is never again visited on a vulnerable citizen," the filing reads. "Dr. Ngola’s experience was a consequence of institutional anti-Black systemic racism."

Higgs has maintained he had done nothing wrong and again Friday he declined to offer an apology. Instead he repeated his call for Ngola to waive his right to privacy so the premier can disclose what he knows about the case. "I would like for all of information to be available to the public and let the public determine," Higgs told reporters outside the legislature, adding that a court case would offer such an avenue.

The lawsuit says there was no scientific evidence to single out Dr. Ngola as a patient zero in the outbreak, but nonetheless news got out that Ngola was the worker in question after his positive COVID-19 status was leaked on social media.

"Dr. Ngola was barraged with death threats (some of which called for his lynching) and racists insults," the court filing claims. It says he was stalked by people "who called him a refugee and told him to go back to Africa."

He had to seek police protection but claims the RCMP engaged in racial profiling, as numerous false tips were sent to police reporting Ngola was breaching his quarantine.

"False sightings of Dr. Ngola, essentially of other black residents, mistakenly observed to be Dr. Ngola, would result in calls to the RCMP, and the RCMP re-attending Dr. Ngola’s home to verify whether he was quarantining," the document read.

The court filing said the premier, who isn't named as a defendant, should have known his comments would lead people to connect the dots to Ngola.

Ngola had planned to remain Campbellton, where he worked at the hospital and had a private practice for eight years. But the lawsuit claims he was told by a security expert it wouldn't be possible to remain in the province and live safely.

The doctor's lawyers had repeatedly called on Higgs to apologize, first after presenting evidence he could not be patient zero in the outbreak and again after the RCMP said no criminal charges would be laid last July. One month later, he was charged violating the provincial health rule.

After the Crown withdrew that charge last week, the lawyers gave Higgs one more week to apologize or face legal action.

This report by The Canadian Press was first published June 11, 2021.