VANCOUVER — Huawei's chief financial officer is seeking a publication ban on new evidence that her legal team wants to introduce in her fight against extradition to the United States.
Jun 11, 2021 1:53 PM By: Canadian Press 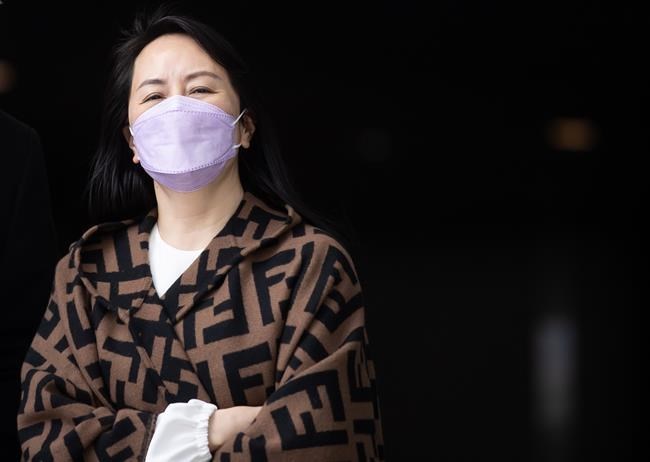 VANCOUVER — Huawei's chief financial officer is seeking a publication ban on new evidence that her legal team wants to introduce in her fight against extradition to the United States.

Meng Wanzhou's lawyers obtained the new material from HSBC through an agreement in a Hong Kong court that they say includes a stipulation that they protect confidential information.

They argue in documents filed with the B.C. Supreme Court that the ban preserves HSBC's privacy interests in relation to its business processes and it encourages the bank's participation in criminal justice proceedings.

However, lawyers for Canada's attorney general say the application goes too far by seeking a ban on all of the documents, when redacting private information would do, and it compromises the media's ability to share information with the public.

Meng is wanted by the United States on bank fraud charges that both she and Huawei deny.

She is accused of lying to HSBC about Huawei's control over another company, putting the bank at risk of violating U.S. sanctions against Iran.

"A publication ban is necessary to protect the proper administration of justice," Meng's lawyers say in the application.

A hearing over the publication ban is scheduled for Monday, while another hearing on whether the court will allow the evidence to be used in the case is set for the end of the month.

Meng has been living in one of her Vancouver homes on bail since her arrest at Vancouver's airport in December 2018.

The final set of hearings in her extradition case is scheduled to begin Aug. 3.

This report by The Canadian Press was first published June 11, 2021.