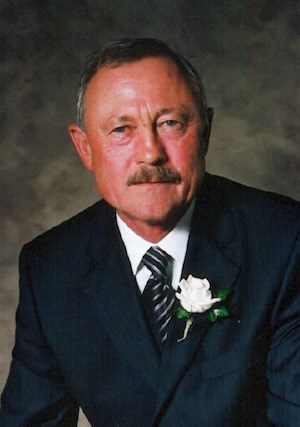 On Wednesday January 10th, 2018, finally at peace, at Hospice Simcoe with his wife at his side.  Cherished, beloved husband of Karen Hetherington. Loving father of Tracy Hashasyan (Adam), special step-father to Edward Eade (Jenn) and Christopher Eade (Melanie).

Born in Hamilton in 1946 Paul decided after working for Stelco for 6 years he needed to be in charge of his working life. He moved to Orillia in 1970, ran fish huts (he manufactured himself) out of Lake Simcoe, purchased a dump truck and did construction work and landscaping.

In 1974 he established his own spring (suspension) business on Memorial Ave later moving to Forest Home Industrial Park where he built a new shop for his growing spring business and purchased adjoining property and owned and operated a Truck Repair Business as well.

Paul was an avid race car driver, starting with dirt tracks as a young boy, he then turned to Late Models with his Home Track-Barrie Speedway, to Road Racing in the Kelly Series at tracks such as Charlotte Motor Speedway, Atlanta and the premier- Daytona Speedway.  His racing days spanned 20 years while owning and operating his businesses. He made many great lasting racing friendships including Ron and Ethel Tracey who supported him to the end with visits of encouragement and the never ending racing stories.

We will remember Paul for many things and we will borrow words from one of his many friends with permission- "he was such a cowboy....by turns generous, kind-hearted, blustery, gentle, a handful and always genuine, always himself ". The theme song plays in the background "I did it my way".

It is impossible to name everyone, but a special shout-out to the "The Wednesday Night D.U. Gang", the boys at the "shop", Tim Holdaway, Ralph Thomson, wonderful neighbours Chris and Cheryl, our fabulous   friends in Florida - Dale and Lenora, John and Robin and numerous others who kept in touch during Paul's illness offering help and encouragement of all forms.

Cremation has taken place and at Paul's request there will be no formal wake/funeral. A Celebration of Paul's life will take place at a later date for family and friends.

If so desired memorial donations to the Cancer Society and Hospice Simcoe would be gratefully appreciated and may be made through Mundell Funeral Home, 79 West St. N. Orillia.