Vehicles at Experience Nissan in Orillia damaged in November and January
Jan 9, 2019 2:53 PM By: Nathan Taylor 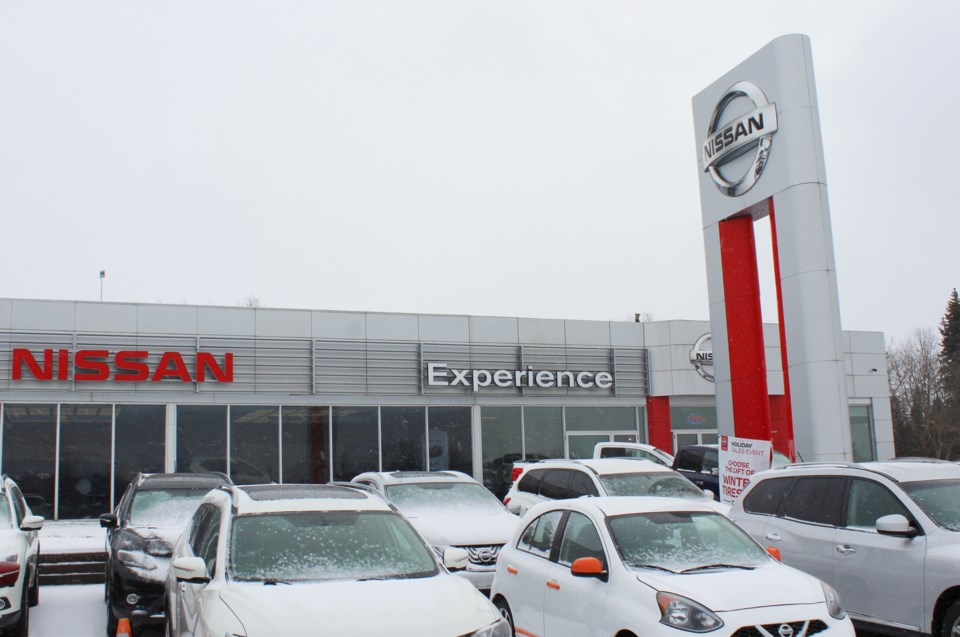 Several vehicles at Experience Nissan in Orillia were damaged in November and January. The general manager of Barrie Nissan has been charged in relation to the incident. Nathan Taylor/OrilliaMatters

The general manager of a car dealership in Barrie is facing charges after vehicles at an Orillia lot were damaged in November and January.

Douglas Ross, general manager of Barrie Nissan, is facing three counts of mischief over $5,000. The vehicles he is accused of damaging were at Experience Nissan in Orillia.

“I don’t even know how to react to this,” Krista Kemp, principal owner and general manager of Experience Nissan, told OrilliaMatters. “It’s just a shame that a professional in the Nissan world would (allegedly) do something like this.”

Ross, when reached by phone at his Barrie Nissan office Wednesday morning, would not comment on the charges.

In November, Experience Nissan staff arrived at the Commerce Road dealership in Orillia to find a number of vehicles had been scratched.

“It didn’t even dawn on me that it could have been Doug,” Kemp said.

There were no security cameras on the premises at that time, so Kemp had some installed in case it happened again.

On the morning of Jan. 4, more vehicles were damaged in a similar way. Kemp turned over video footage to police.

A number of vehicles — some of which had already been sold — were scratched, she said, with the cost of damage being tens of thousands of dollars.

“It makes me sick that (the accused is) someone in the auto world, where we’re all a tight-knit family,” she added.

She said she feels “badly for … all the people this has affected,” including staff at Barrie Nissan.

Kemp’s message to her customers: “I’m sure this is a one-off. This is not the norm. It’s an isolated, unfortunate case.”

Ross is scheduled to appear in Orillia court on Feb. 12.