OPP official says 'it's too early in the investigation to speculate about' specific suspects, but said police are 'investigating various avenues'
Nov 20, 2020 12:34 PM By: Dave Dawson 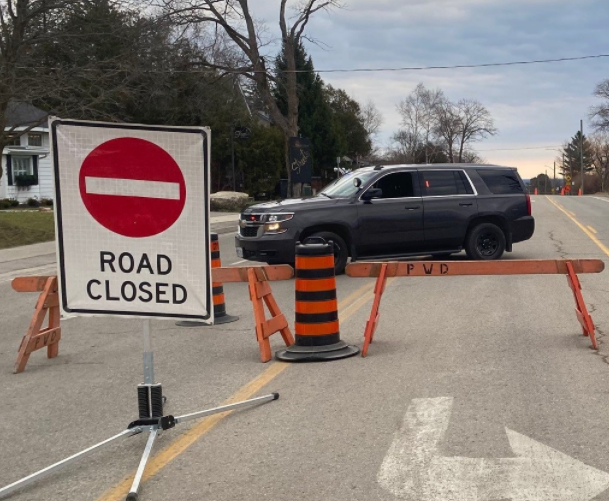 A portion of Coldwater Road remains closed today as the Orillia OPP and other OPP agencies investigate an incident that happened near Emily Street.

The death of a local 34-year-old man in Orillia Thursday night has been deemed a homicide, say local police officials.

At 8:22 p.m., Orillia OPP and Simcoe County EMS were called to the Coldwater Road and Emily Street area following a report that a man was suffering from serious injuries.

"Upon arriving, they found a male suffering from serious injuries," said Det. Insp. Matt Watson. He said the Orillia man was taken to Orillia Soldiers' Memorial Hospital, where he was pronounced deceased.

Watson could not confirm a cause of death, saying a post-mortem would be conducted in Toronto on Saturday.

"As a result of further investigation, I've deemed it a homicide," Watson told OrilliaMatters. "We are now conducting a full homicide investigation."

He said there is no "elevated public safety concerns at this time," but noted he has not yet ruled out anything.

While he couldn't speak about details, he explained why he believes there is no risk to the public.

"If we had information that led us to believe this was a random attack on somebody, we would certainly consider that an elevated public risk ... but I don't have any evidence that leads me to believe that's the case here."

He said there are multiple resources involved in the investigation.

"I have a team of seven investigators from the Orillia Crime Unit that are conducting interviews with witnesses, looking for video in the area" and completing other investigative tasks.

"We have forensic identification officers examining various pieces of physical evidence and a number of other investigative resources that we bring in as" needed, Watson said.

He said "it's too early in the investigation to speculate about" specific suspects. He said police are "investigating various avenues."

Coldwater Road, which was closed since the incident began, was reopened at 1 p.m. Friday.