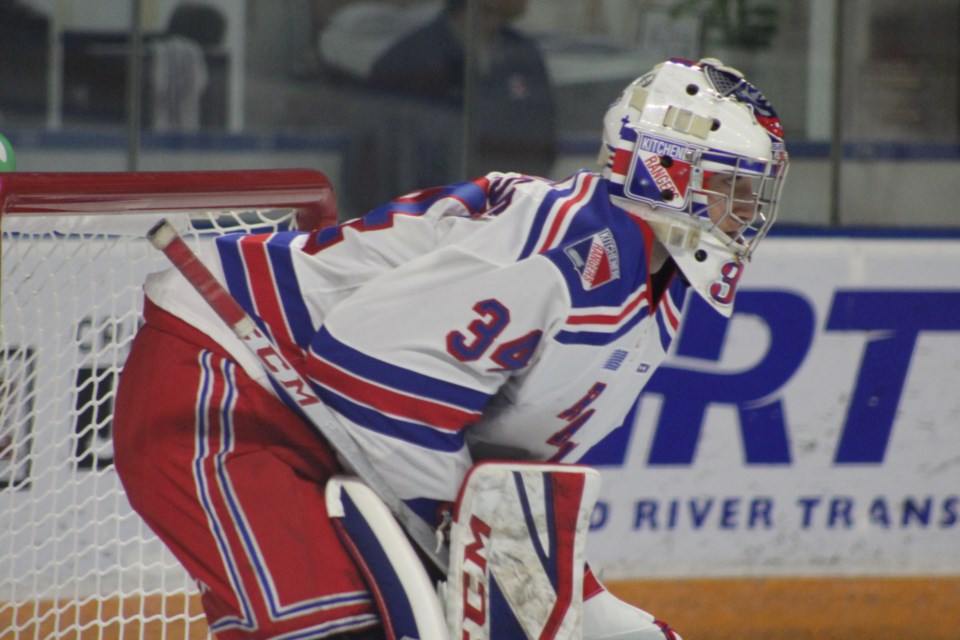 Luke Richardson, who formerly starred with the North Central Predators, is leaving the OHL to pursue a university education and to play OUA hockey. Mark Pare/KitchenerToday

The goaltending situation in Kitchener has cleared up ahead of the season.

Overage goaltender Luke Richardson, a 20-year-old Barrie native, has decided to pursue an academic opportunity with Queen's University in Kingston by suiting up with the Queen's (OUA) men's hockey program.

Richardson has spent the last four seasons with the OHL's Kitchener Rangers, after he was drafted in the fourth round of the 2015 OHL Priority Selection out of the North Central Predators 'AAA' program. He was a standout netminder for the Predators, a program headquartered at the Rama MASK.

After parts of four seasons in Kitchener, he compiled a regular-season record of 62-40-5-1 with a 3.45 goals-against average and .893 save percentage.

This leaves two more goaltenders on the Rangers, with projected starter Jacob Ingham, who is also a Barrie native, and backup Lucas Pfeil.

The Rangers have a home-and-home with the Barrie Colts to finish off the preseason, starting in Kitchener on Friday, Sept. 13 at 7:30 p.m., before heading to the Barrie Molson Centre on Saturday, Sept. 14.

OHL plans to hit the ice again in December
Aug 5, 2020 12:15 PM
Comments
We welcome your feedback and encourage you to share your thoughts. We ask that you be respectful of others and their points of view, refrain from personal attacks and stay on topic. To learn about our commenting policies and how we moderate, please read our Community Guidelines.

About the Author: Mark Pare