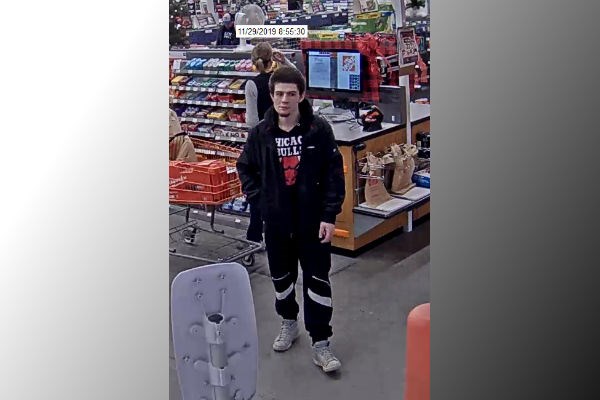 NEWS RELEASE
YORK REGIONAL POLICE
*************************
York Regional Police is seeking public assistance to locate a 27-year-old man who is wanted for multiple offences after an incident in Newmarket.

On Friday, Nov. 29, 2019, officers responded to a beer store in the area of Yonge Street and Mulock Drive for a report of a possible impaired driver getting into a vehicle in the parking lot. An officer arrived quickly at the scene and positioned a cruiser directly behind the suspect vehicle in attempt to block him in.

The suspect reversed and rammed the police vehicle twice and then proceeded to drive up into the wall of a store before fleeing across the sidewalk. The vehicle was later located abandoned in the area of Mulock Drive and Bayview Avenue. Officers learned that the vehicle had been stolen in Peel Region.

Investigators have been able to identify the suspect and a warrant has been issued for his arrest. Police are urging him to seek legal counsel and turn himself in. They are also appealing to anyone with information on his whereabouts to contact police immediately.

Anyone with information is asked to contact the York Regional Police #1 District Criminal Investigations Bureau at 1-866-876-5423, ext.7141.